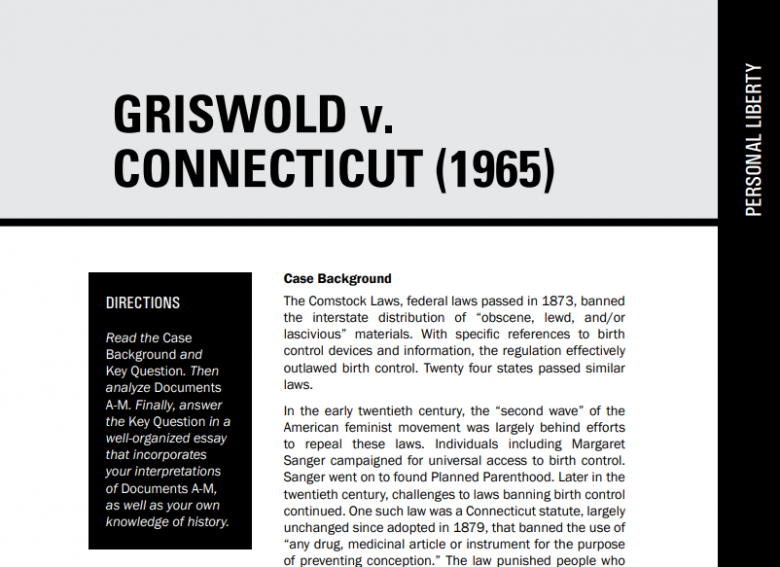 In the early twentieth century, the “second wave” of the American feminist movement was largely behind efforts to repeal these laws. Individuals including Margaret Sanger campaigned for universal access to birth control. Sanger went on to found Planned Parenthood. Later in the twentieth century, challenges to laws banning birth control continued. One such law was a Connecticut statute, largely unchanged since adopted in 1879, that banned the use of “any drug, medicinal article or instrument for the purpose of preventing conception.” The law punished people who offered advice or counseling on birth control as severely as the offenders who actually used it.

In the 1960s, Estelle Griswold, the Executive Director of the Planned Parenthood League of Connecticut, together with a physician colleague from Yale School of Medicine, opened a birth control clinic for married couples in New Haven, Connecticut. The clinic was staffed with doctors and nurses, who provided counseling on birth control to married women only. She was prosecuted, and the case eventually went to the Supreme Court. Griswold argued that marital privacy was a natural right protected by the Ninth Amendment, as well as by the Due Process Clause of the Fourteenth Amendment.