Between 2012 and 2014, same-sex couples residing in Ohio, Kentucky, Tennessee, and Michigan brought lawsuits against their states, accusing them of unconstitutionally denying them the right to marriage and the legal benefits that come with it. These cases were consolidated into one case when it reached the Supreme Court: Obergefell v. Hodges.

The couples argued that these states had violated the Equal Protection Clause and the Due Process Clause of the Fourteenth Amendment by refusing to allow them to marry and receive the legal benefits of the institution. Lawyers for the states argued that the U.S. Constitution did not grant a right to same-sex marriage, and that it was therefore up to the voters of each state and not 9 members of the Supreme Court to determine if that definition should change.

The Court sided with the couples in a 5-4 decision. It determined that same-sex marriage was a fundamental liberty that could not be denied under the protection of the Due Process Clause of the Fourteenth Amendment. Additionally, the majority found that denying a same-sex couple a marriage license or the legal benefits of marriage violated the Equal Protection Clause of the Fourteenth Amendment. Justice Anthony Kennedy wrote the majority opinion, stating, “It would misunderstand these men and women to say they disrespect the idea of marriage. Their plea is that they do respect it, respect it so deeply that they seek to find its fulfillment for themselves. Their hope is not to be condemned to live in loneliness, excluded from one of civilization’s oldest institutions. They ask for equal dignity in the eyes of the law. The Constitution grants them that right.”

The four dissenting Justices each wrote their own separate opinions. They argued that the majority’s decision created a right that had not previously existed in the Constitution, and that state governments and citizens should have been the ones to determine if marriage should be expanded from its traditional definition to include same-sex couples. In his opinion, Chief Justice John Roberts wrote, “Understand well what this dissent is about: It is not about whether, in my judgment, the institution of marriage should be changed to include same-sex couples. It is instead about whether, in our democratic republic, that decision should rest with the people acting through their elected representatives, or with five lawyers who happen to hold commissions authorizing them to resolve legal disputes according to law. The Constitution leaves no doubt about the answer.” 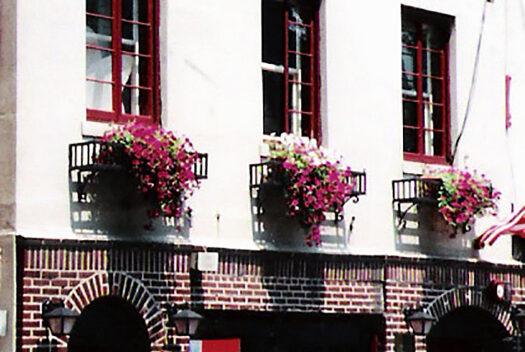 How did the social changes of the 20th century affect the gay population?