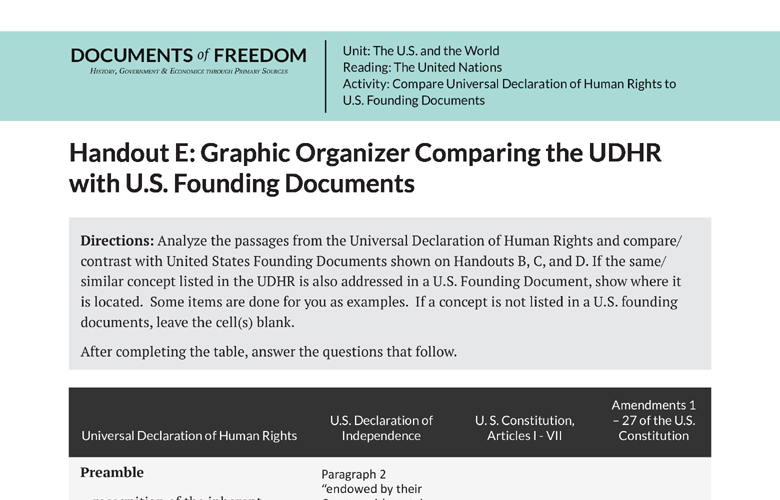 Directions: Analyze the passages from the Universal Declaration of Human Rights and compare/ contrast with United States Founding Documents shown on Handouts B, C, and D. If the same/ similar concept listed in the UDHR is also addressed in a U.S. Founding Document, show where it is located. Some items are done for you as examples. If a concept is not listed in a U.S. founding documents, leave the cell(s) blank.

After completing the table, answer the questions that follow.