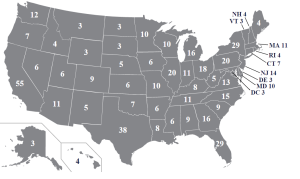 The Electoral College is the system used by the United States to elect its lead executive. The College is outlined in Article II, Section 1 and in the Twelfth and Twenty-Third Amendments to the United States Constitution. It calls for each state to be designated a number of electors that is equal to the number of senators and representatives in each state. This varies from large states such as California, which has 55, to only 3 in smaller states like Wyoming and South Dakota. The District of Columbia is given the same number of electors as the least populated state. These electors, currently 538, are the people who vote to choose who will be the next president. To win the presidency, a candidate must receive an absolute majority of votes, currently 270. If no candidate receives a majority, then the House of Representatives selects the president, with each state delegation getting one vote.

In the majority of states, the electors are directed how to vote based on which candidate wins the popular vote in the state. This is called a “winner-take-all” system. In Maine and Nebraska, however, the votes are divided by congressional district. Whomever wins the majority in the district gets an electoral vote. Whomever wins the whole state then receives two additional votes, representing the senatorial “at-large” districts.

Many believe this system is a flawed one. They claim that its method of indirect election makes it undemocratic. Others believe that it gives a disproportion power to “swing-states”, or those states with a significant number of electors that often switch between parties of different candidates. No matter what you believe, the Electoral College has been a system that has led to the peaceful transition of power in the highest office in the land since the country’s founding.

The country is in the midst of yet another election cycle. That means it is only a matter of time before we are all bombarded with campaign ad after campaign ad, outlining why one candidate is going to save the country and the other will drive it to ruin. Everyone from local town and state officials to Congressmen and Senators will be trying to convince us of their merits. There will be one group of candidates who we will likely see more than any other. That group of candidates will be running for the highest office in the land, the presidency of the United States. But, did you know, that the president of the United States is not popularly elected? The president is actually chosen by a group of electors known as the Electoral College. So why do we have this system? And why do candidates even bother campaigning to the public if it is just these electors that matter?

The Electoral College is outlined in Article II, Section 1 of the United States Constitution. The system was tinkered with in the Twelfth and Twenty-Third Amendments which changed how the vice president is chosen and gave the District of Columbia as many electors as the least populous state respectively. Each state is assigned a number of electors based on the combined number of seats in the Senate and House of Representatives they have, which in turn is based on their population. This ranges from 3 in small states like South Dakota and Wyoming, to 55 in California and 38 in Texas, for a total of 538 for the country.

Each state is tasked with setting up a method for selecting these electors and determining how they’ll vote. In the majority of states, it is a winner takes all system. The two major parties are allowed to elect the number of electors the state is allotted. Whichever candidate wins the popular election in that state, the electors of that party cast their ballots in the national election. However, in two states the method is different.

In Maine and Nebraska, the electors are divided up by congressional district. Whichever candidate receives the majority of votes in the individual congressional districts is awarded a vote for that district and whoever wins the majority of the state is awarded the two votes. These votes are for the senate seats, which are “at-large” districts, meaning they cover the entire state.

No matter the system, this means that a candidate can lose the popular election, but still win the presidency. The most recent occurrence of this was in the 2016 presidential election, where Donald Trump won the presidency with a majority of the electoral votes, but a minority of popular votes.

More of this Category 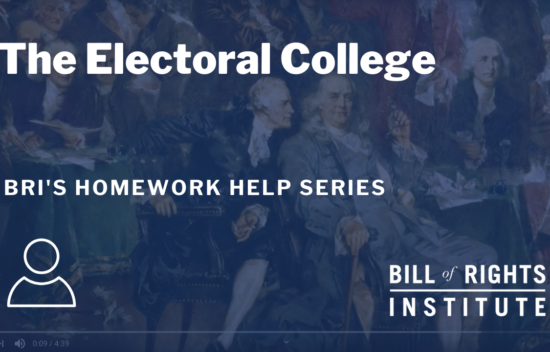 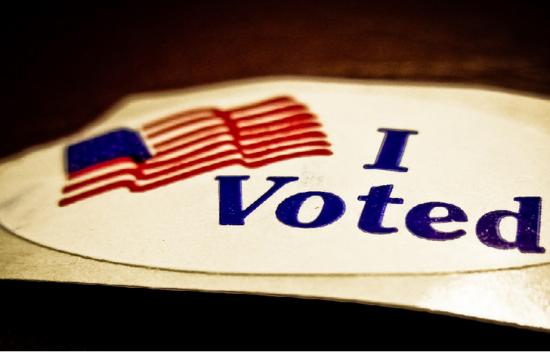 The Electoral College and Popular Vote for the President

With the outcome of last week’s election, many Americans are questioning the history and validity of the electoral college. This lesson will help you think through the critical issues surrounding the structure and foundational philosophy of the Electoral college with your students. 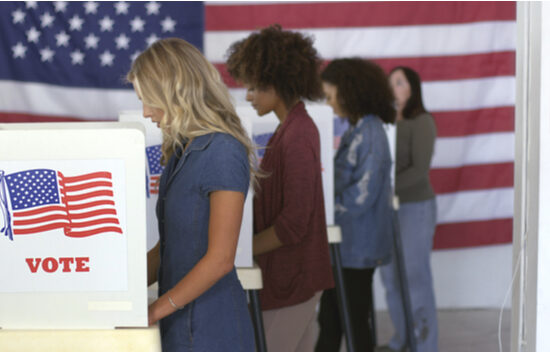