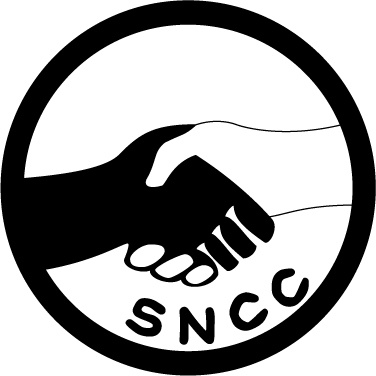 Use this narrative with the Freedom Riders Narrative; the Black Power Narrative; the Martin Luther King Jr., “Letter from Birmingham Jail,” 1963 Primary Source; the Martin Luther King Jr., “I Have a Dream,” August 28, 1963 Primary Source; the Civil Disobedience across Time Lesson; The Music of the Civil Rights Movement Lesson; and the Civil Rights DBQ Lesson to discuss the different aspects of the civil rights movement during the 1960s.

As the 1950s gave way to the 1960s, the direct-action civil rights movement that had begun with the Montgomery bus boycott in 1956 suddenly became more daring and more ambitious. The college students’ “sit-ins” of 1960 and the Freedom Rides of 1961 were more direct, confrontational, and far-reaching challenges to racial segregation and discrimination than the Montgomery campaign had been. The movement’s next significant campaign took place in Albany, Georgia.

The Albany campaign sought to end that city’s practices of race discrimination in voting rights, employment, and equal access to various public venues. It was the first instance of mass direct action in which many African American adults went to jail to demonstrate their commitment, and it was the first civil rights campaign led by an alliance of local and outside organizations. Despite those important firsts, it is also widely regarded as the movement’s first significant setback.

The first protest occurred days before Thanksgiving, when a handful of African American college students from Albany State ventured into the white section of the city’s bus station and were promptly arrested. Shortly thereafter, Sherrod and Reagon called James Forman, executive secretary of SNCC, to suggest organizing a group of freedom riders to travel by train from Atlanta to test the Albany station. On their arrival on December 10, Albany Police Chief Laurie Pritchett ordered the arrest of the riders, and the next morning, a crowd of approximately 400 marched to city hall to show support for those arrested. Fearing an eruption of violence, Pritchett ordered the jailing of hundreds of nonviolent demonstrators.

King left Albany in early August amid media reports that declared the campaign a defeat. Chief Pritchett, himself a student of protest campaigns, had outwitted the protesters by securing enough jail space to house them and by ordering his officers to refrain from violence against them.

After Albany, King and other movement leaders understood more clearly their main formula for success. Direct-action protests needed to attract sympathetic attention from national news media, which, in turn, would arouse public sentiment and move the federal government to intervene on the side of the protesters. Efforts to fill local jails with nonviolent protesters could be effective, but the surest means of attracting sympathetic media attention was for protesters to subject themselves peacefully to violence perpetrated by defenders of the old racial order. The key was to display a sharp contrast between the moral discipline of the protesters and the intemperance of their adversaries.

Mindful of this lesson and inspired by the daring of the movement’s younger activists, King and his SCLC colleagues elected to strike next at the very heart of racial segregation and discrimination in the South. King wrote that Birmingham, Alabama, was “the most segregated city in America.” Blacks and whites resided in racially segregated neighborhoods, sent their children to segregated schools, and attended segregated churches. Employment opportunities for African Americans were generally limited, and the large majority of black citizens were prevented, by law or intimidation, from voting. Brutality against blacks “was an unquestioned and unchallenged reality.”

A campaign in Birmingham, SCLC leaders expected, would be “the toughest fight of our careers.” Yet “as Birmingham goes,” local activist minister Fred Shuttlesworth declared, “so goes the nation.” The year 1963 marked the centennial anniversary of the Emancipation Proclamation. “Now is the time,” King wrote as the campaign commenced, “to make real the promise of democracy,” and Birmingham was the place.

“Project C” for confrontation, as campaign leaders dubbed it, was designed to pressure Birmingham merchants to desegregate and adopt fair hiring practices. The campaign began with sit-in demonstrations the week before Easter. The city then obtained a court injunction against additional demonstrations, and after anxious deliberation, the protest leaders elected to disobey the court order. Led by King, Ralph Abernathy, and Shuttlesworth, protesters marched from Birmingham’s 16th Street Baptist Church to city hall on Good Friday, April 12. The leaders were arrested and jailed for demonstrating without a permit.

The following day, two Birmingham newspapers published a letter by eight local white clergymen imploring protesters to obey the law and pursue their goals by negotiation rather than by street demonstrations. Those clergymen were not segregationists; they supported the Supreme Court’s desegregation rulings. Their letter stung King, who composed in response what became the movement’s classic statement of its principles. In his “Letter from Birmingham Jail,” drafted during his stay in jail, King explained and defended the practices of nonviolent direct action and civil disobedience. He argued that the civil rights movement, in its means and ends, was in accord with the higher-law tradition of western moral philosophy epitomized in the Declaration of Independence.

Despite the eloquence of his “Letter,” when King and the other leaders were released from jail after eight days, the campaign was on the verge of failure. The turning point came with the decision, sharply controversial among Birmingham’s black parents, to enlist the aid of children in filling the jails.

Police Commissioner Eugene “Bull” Connor, a notorious hardline segregationist, had acted to that point with relative restraint. Angered by the “children’s crusade,” however, he unleashed police dogs and turned fire hoses on the marchers to drive them from the streets. Connor’s reaction generated a surge of negative media coverage, with televised images of police brutality arousing national sympathy for the protesters. Birmingham’s business leaders, alarmed by the disorder and the negative publicity, quickly accepted a negotiated desegregation settlement.

Birmingham signified the greatest victory to date in the civil rights struggle, and movement leaders were eager to build on it. In the most audacious demonstration of all, they planned to march on Washington, DC.

A mass march on the nation’s capital for jobs and equal rights was a longstanding project of venerable labor leader and rights activist A. Philip Randolph, who first proposed such a march in 1941. As Randolph and others revived the idea in 1963, President John Kennedy was fashioning a comprehensive civil rights bill to send to Congress. Fearing disorder and an anti-civil rights backlash, however, Kennedy convened a June conference during which he attempted to dissuade King and his colleagues from going through with the march. The president had reason to worry. In the weeks after Birmingham, hundreds of racial protest demonstrations had flared up in southern cities, and the murder of voting rights activist Medgar Evers in Mississippi had provoked additional national outrage. Movement leaders shared Kennedy’s concerns, but they were not dissuaded.

The march took place on August 28, drawing an estimated 250,000 participants from across the United States. Thanks largely to careful preparation by public officials and the organizational skill of longtime equal-rights and peace activist Bayard Rustin, the event was peaceful and orderly. Marchers proceeded from the U.S. Capitol to the Lincoln Memorial, where a day of speeches culminated in the brief address in which King delivered the most memorable and inspiring words of the entire movement.

Mindful of the magnitude of the occasion, King aspired to emulate Lincoln’s achievement in the Gettysburg Address. He invoked “the magnificent words of the Constitution and the Declaration of Independence,” but the words that immortalized his speech came as he departed from his prepared text and transformed a formal address into a civic sermon. Even though we face difficulties, King declared, “I still have a dream. It is a dream deeply rooted in the American dream. I have a dream that my four little children will one day live in a nation where they will not be judged by the color of their skin but by the content of their character. I have a dream today!”

The march on Washington was a landmark event in U.S. history, but it did not move Congress to act on the civil rights bill. That occurred only after President Kennedy was assassinated in November. His successor, the Texan Lyndon B. Johnson, was committed to the Kennedy agenda, and his remarkable legislative skills proved crucial in the enactment in 1964 of the most significant civil rights legislation in the nation’s history.

1. The Albany campaign was originated by activists from

2. The success of the Birmingham civil rights campaign occurred with

4. The March on Washington was originally proposed by

5. How did the strategies of the civil rights movement change as the movement entered the mid-1960s?

6. Leaders of the civil rights movement believed the main formula for attracting more sympathy from the media was to have

6. Dr. Martin Luther King Jr. considered the most segregated U.S. city to be

CHORUS:
Oh, deep in my heart
I do believe
We shall overcome some day

1. The sentiments expressed in the lyrics contributed to which of the following?

2. Which of the following developments was a result of the sentiments expressed in the lyrics?

3. What group would support the point of view expressed in the lyrics?

King, Martin Luther, Jr. “I Have a Dream.” https://kinginstitute.stanford.edu/king-papers/documents/albany-manifesto