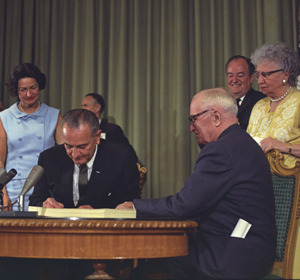 The 1960s continued to shift the meaning of “rights” away from its traditional definition. The Founders thought of rights as formal liberties to be exercised by individuals as they wished. Freedom mostly meant the right of a virtuous people to be let alone. Beginning in the Progressive Era and continuing through the New Deal, though, “rights” became understood as entitlements and services that the government would guarantee to certain people at society’s expense. This would be done in the name of democratic equality and of elevating Americans’ quality of life.

In May of 1964, President Lyndon Johnson shared his idea for the “Great Society” in a speech to Michigan college graduates. He drew a contrast between the “turmoil” of Detroit and the “tranquility” of the college campus and explained his view of the challenges that lay ahead for the U.S. In his view, the national government bore the responsibility to address them. He referenced the Declaration of Independence, saying,

“The purpose of protecting the life of our Nation and preserving the liberty of our citizens is to pursue the happiness of our people” (Lyndon Johnson, “The Great Society” Speech, May 22, 1964).

“For a century we labored to settle and to subdue a continent. For half a century we called upon unbounded invention and untiring industry to create an order of plenty for all of our people. The challenge of the next half century is whether we have the wisdom to use that wealth to enrich and elevate our national life, and to advance the quality of our American civilization” (Lyndon Johnson, “The Great Society” Speech, May 22, 1964).

Much as his predecessors Woodrow Wilson and FDR had believed, LBJ thought that government’s role should not be limited to protecting constitutional rights. It should play a positive role in providing the community with the tools to fulfillment. By providing basic needs and more, the government would be freeing people to pursue higher goals and achieve self-actualization. 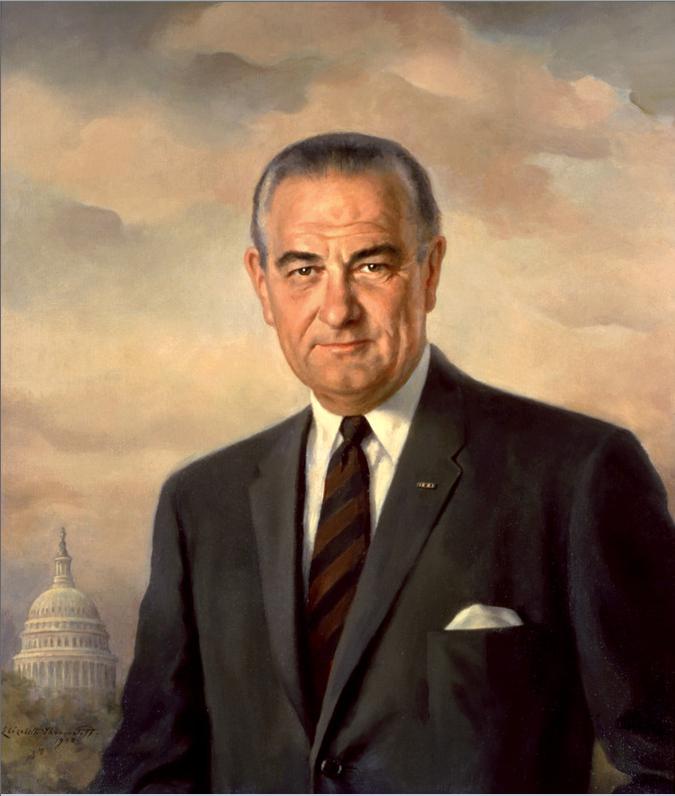 In the mid-1960s, President Lyndon B. Johnson pushed a Progressive legislative agenda through Congress to create a “Great Society.”

The national government, LBJ continued, should embark on a project of ensuring both “abundance and liberty” for all, by focusing on improving cities, protecting the countryside, and upgrading classrooms. In keeping with the general progressive reliance upon experts to lead the way, LBJ explained that he would convene panels of experts to study the problems and present solutions:

“While our Government has many programs directed at those issues [improving our cities, countryside, and classrooms], I do not pretend that we will have the full answer to those problems. But I do promise this: We are going to assemble the best thought and the broadest knowledge from all over the world to find those answers for America. I intend to establish working groups to prepare a series of White House conference and meetings—on the cities, on natural beauty, on the quality of education, and on other emerging challenges. And from these meetings and from this inspiration and from these studies we will begin to set our course toward the Great Society” (Lyndon Johnson, “The Great Society” Speech, May 22, 1964).

As president, the most Johnson could do to get new laws passed was “recommend measures” to Congress and recommend them he did. By 1966, Congress had passed more than 200 new laws that LBJ had proposed.

LBJ continued the steps that President John F. Kennedy had begun to take on civil rights and affirmative action. The Civil Rights Act of 1964 forbade racial discrimination in employment and “public accommodations” such as restaurants and hotels. In its effort to end a largely segregated society, Congress claimed power under the Interstate Commerce Clause to limit the rights of business owners to determine who they would serve. The Supreme Court upheld this claim. 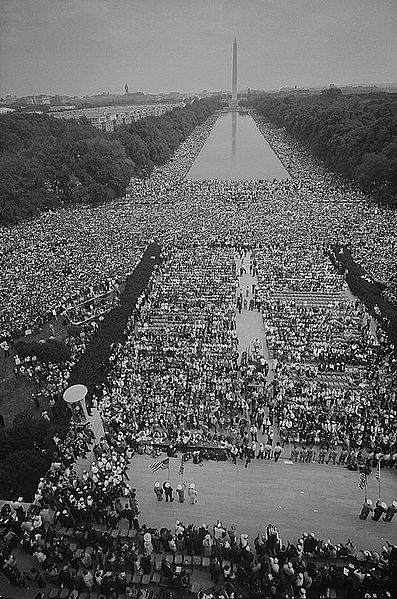 The March on Washington took place in August 1963 and pressured Congress to pass the Civil Rights Act the following year.

The War on Poverty

Johnson and Congress took on the goal of ending poverty in the U.S. with a number of wealth transfer programs and laws attempting to ensure the delivery of good educations to children. The Social Security Act of 1965 created Medicare and Medicaid. The Food Stamp Act of 1964 established the federal food stamp program. The Economic Opportunity Act of 1964 authorized the creation of government “community action agencies” which would be directly regulated by the federal government, thus bypassing those state governments that had resisted the programs. The law included about a dozen programs such as the Job Corps and Neighborhood Youth Corps (providing training and education to young adults); Work Study (providing money to colleges and universities to pay the salaries of part-time student/staff); Urban and Rural Community Action (providing money for community programs for the poor); and Volunteers in Service to America (VISTA), which is a domestic version of the Peace Corps. While many federal welfare programs were scaled back in the later Nixon and Clinton administrations, most of them remain in place.

With still another expansion of the national government, the Great Society transformed its role in education, starting the first major federal incursion into K-12 education policy—policy which, traditionally, had been set by states and localities. Title VI of the Civil Rights Act of 1964, Title IX of the Education Amendments of 1972, and Section 504 of the Rehabilitation Act of 1973 prohibited discrimination based on race, sex, and disability, respectively. The Elementary and Secondary Education Act (1965) provided over a billion dollars in federal grants to states. States could use the money to serve poor communities, improve educational research, purchase materials and books, and strengthen their own educational bureaucracies. The Higher Education Act (1965) established financial aid programs.

The Arts and Humanities

In the years leading up to and during the space race with Russia, some became concerned that Americans were too focused on math and science. They worried that the arts and humanities, so crucial to the enriched and elevated culture LBJ envisioned, would suffer. LBJ signed the National Foundation on the Arts and the Humanities Act of 1965, creating the National Endowment for the Humanities and the National Endowment for the Arts. Each would be run by a governing board of leaders in the field. The Act read in part,

“Democracy demands wisdom and vision in its citizens. It must therefore foster and support a form of education, and access to the arts and the humanities, designed to make people of all backgrounds and wherever located masters of their technology and not its unthinking servants” (National Foundation on the Arts and the Humanities Act of 1965). 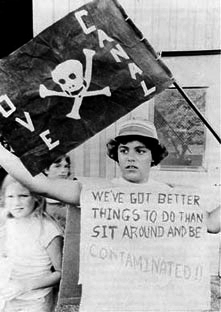 While few doubt the programs were well-intended, many Great Society programs remain controversial. Liberals and conservatives today are divided on the question of whether they should be phased out, as many conservatives contend, or ramped up, as many liberals argue. While conservatives argue the programs are wrongly conceived, infringe on rights, and actually hurt the people they are intended to help, liberals contend the programs haven’t worked because they have not been adequately funded, or the people not adequately informed and educated about them.

Because civil rights legislation described what individuals and companies (rather than government) must do to protect civil rights, lawsuits became a key way of punishing those who did not comply. In keeping with a progressive, post-New Deal definition of “rights,” (i.e. benefits to which individuals were entitled) laws began to be evaluated on the basis of whether they had “disparate effects.” This phrase, which is controversial, refers to laws that are race- or sex-neutral but which, for reasons not addressed by the law, affect people of different races or sexes differently. This meant that if a company or government policy had the result of appearing to discriminate against members of a protected class, the company could be successfully sued for discrimination even if the policy treated everyone exactly the same. For example, an apparently neutral hiring practice—all employees in a shipping company must be able to lift a one hundred pound box, for example—could end up excluding women from the pool of eligible employees. The burden of proof was on employers, who would have to hire lawyers and prove at their own expense that the hiring practices were essential as a business necessity.

With respect to education, critics point to decreasing student achievement and competitiveness that they say corresponds to the national government’s involvement in education. (These criticisms have intensified through the years, especially with the standardized testing requirements set by No Child Left Behind and the latest push for Common Core standards.)

Conservative critics charge that federal welfare programs have failed. They argue that charity is better and more efficiently provided through state, local, and private means than by the federal government. Further, they argue that the welfare state has actually hurt those people it was meant to help, by creating a permanent underclass that is dependent on government. They say that by subsidizing single motherhood, welfare programs have actually made poverty worse and contributed to the breakdown of families.

“In 1964 the famous War on Poverty was declared and a funny thing happened. Poverty, as measured by dependency, stopped shrinking and then actually began to grow worse. I guess you could say, poverty won the war. Poverty won in part because instead of helping the poor, government programs ruptured the bonds holding poor families together” (Ronald Reagan, “Radio Address to the Nation on Welfare Reform,” February 15, 1986).

The Progressive Era charted a course away from the Founders’ design of limited government to secure individual rights toward the entitlement state that guarantees benefits. Essentially, the Progressives put in place government interference to protect people from corporations. The New Deal sought to make the people more economically equal. The Great Society championed by President Lyndon Johnson continued that trajectory, focusing on protecting minorities. Under LBJ’s leadership, the national government took on the project of building a “Great Society” based on the progressive vision of wise and sophisticated leaders guiding the populace towards enlightenment. By providing basic needs and more, the view went, the government would be freeing people to pursue higher goals and achieve self-actualization. The 1960s saw the institution of sweeping new powers for the national government in the areas of civil rights and affirmative action, education, environmental protection, and many others.