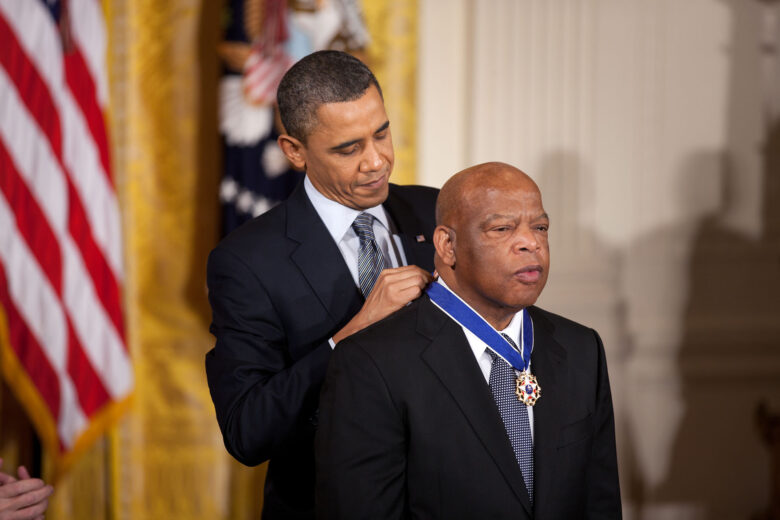 The 1960s initially saw hard-won gains for the civil rights movement. As the decade continued, however, the movement increasingly fragmented. The legislative achievements of the Civil Rights Act of 1964 and the Voting Rights Act of 1965 did not alter the fact that most Black Americans still suffered virulent racism, lived in segregated neighborhoods, and were denied equal rights.

Five days after the Voting Rights Act became law, rioting broke out in the predominantly Black neighborhood of Watts in Los Angeles, sparked by the arrest of Marquette Frye, a Black man pulled over for allegedly driving recklessly. A violent altercation followed in the wake of his arrest, and it was another 5 days before peace was restored to the city, requiring thousands of police, highway patrol officers, and the National Guard to curb the disturbances. In the end, 34 people died, 1,000 were injured, and 4,000 were jailed. The Watts riots showed that the struggle for equality and justice was far from over. Civil rights activists debated the means and ends of the next phase in the struggle for equality and justice.

Martin Luther King, Jr., brought his campaign for integration through nonviolence to the North. In a 1967 speech to his fellow members of the Southern Christian Leadership Conference (SCLC), King expanded the focus of the civil rights movement to include addressing economic inequality. Despite broadening his focus to include poverty, King remained committed to nonviolence. In his 1967 speech to the SCLC, he said, “Through violence you may murder a hater, but you can’t murder hate through violence. Darkness cannot put out darkness; only light can do that.”

Tensions between King and the SCLC and the Student Nonviolent Coordinating Committee (SNCC) escalated during this period. In 1966, Stokely Carmichael took over leadership of SNCC from John Lewis. Influenced by Malcolm X, Carmichael had already grown disenchanted with the goals of integration and the commitment to nonviolence, and he now espoused Black nationalism. He dismissed SNCC’s few white staffers and was determined to move SNCC away from interracial collaboration.

Also in 1966, activist James Meredith was shot while raising awareness of continued racism and Black voter registration in Mississippi. On June 16, Carmichael continued Meredith’s planned march in Greenwood, Mississippi, and led a group of activists in the chant, “We want Black Power.” The phrase Black Power caught on as a rallying cry of younger, more radical civil rights activists.

In 1967, Hubert G. Brown succeeded Carmichael as the head of SNCC and increased the militancy of its rhetoric. Black Power evoked fear in many white Americans and contributed further to the break between King and older proponents of nonviolence on one hand, and younger activists who believed in Black separatism on the other. Martin Luther King, Jr., welcomed Black Power’s promotion of Black leadership and cultural pride, but he objected to its belief in Black separatism.

Other young leaders, however, agreed with its different vision for equality and justice. In 1966, Huey P. Newton and Bobby Seale formed the Black Panther Party to protect Black residents from police brutality in Oakland, California. The Black Panthers offered a message of self-reliance and self-empowerment, advocated armed self-defense, and used aggressive rhetoric to offer a more radical vision for racial progress. Their message also included sympathy for Marxism and rejection of the free enterprise system.

In 1968, tragedy struck with the assassination of Martin Luther King, Jr. As the news broke, riots erupted across several cities in the United States. Membership in Black Panther Party chapters nationwide increased substantially. Supporters admired the party’s boldness in opposing police brutality, along with its efforts to improve conditions in urban ghettos by operating schools, healthcare clinics, and free-breakfast programs. Critics, however, pointed to a record of criminality in its leadership. The party disbanded in 1982.

The Supreme Court continued to consider questions of equality and justice. The 1954 decision in Brown v. Board of Education declared segregation in public schools to be unconstitutional, but many schools remained effectively segregated due to the de facto segregation of neighborhoods across the country. In 1971, the U.S. Supreme Court unanimously declared busing constitutional in Swann v. Charlotte-Mecklenburg Board of Education. Busing intentionally moved children to schools outside their school districts in order to desegregate. Pushback, sometimes violent, occurred across the country, and the legacy of busing is still debated today.

The court also issued a number of decisions on the issue of affirmative action, particularly in college admissions. Critics argue that affirmative action runs counter to the concept of achievement based on merit and can result in discrimination against non-minorities. Proponents argue that the legacies of historic discrimination should be addressed by ensuring that traditionally underrepresented communities have equal opportunity and an equal chance to thrive. Today the question is still debated: Do race-conscious public policies intended to address historic injustices enhance the quest for liberty, justice, and equality, or do they undermine it?

The country’s ongoing struggle to realize liberty and equality for all has continued to play out in recent events. For instance, outcries over police brutality, discrimination, and racism in 2013 inspired a new wave of activism in the Black Lives Matter movement. The role of history in education—what is taught about slavery and racism and how it is taught—has also come into the spotlight. In an essay written shortly before his death, Congressman John Lewis encouraged young people to study history to help find solutions to the challenges currently facing the country. In taking on this work, present and future generations in turn must consider the promise of Founding principles and the best means to ensure their faithful application. This challenge has engaged people of all races across U.S. history, and informed by their stories, each generation must do its part to build the nation.