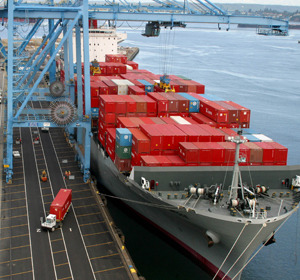 For all of human history, people have desired things that people in distant lands possessed in abundance. From Australian opals to Chinese silk, Greek olive oil to French wine, Peruvian textiles to Florida oranges, from South African diamonds to Cuban tobacco, we have always wanted access to the best things different places around the world have to offer. International trade allows us to have them, and to sell the things from our home countries to people in other countries that want them.

While some have been distrustful of dealing with foreigners, whose goods might corrupt the morals and loyalties of their own country, Americans have been from the first a trading country, unafraid of such corruption.

With the free exchange of goods also comes an exchange of ideas. When people from far-off places come together to trade products they also end up exposing each other to new philosophies, religions, works of art and literature, and other hallmarks of culture. The “marketplace” allows the best ideas to take hold in more places and improve the lives of more people. Another way that free trade between people of different nations improves lives is through peace. If trade were not mutually beneficial it wouldn’t take place. Countries tend not to go to war when their citizens enjoy productive and profitable relationships. The best ideas of the marketplace turn out to be those that promote the marketplace, the commerce of goods and ideas. 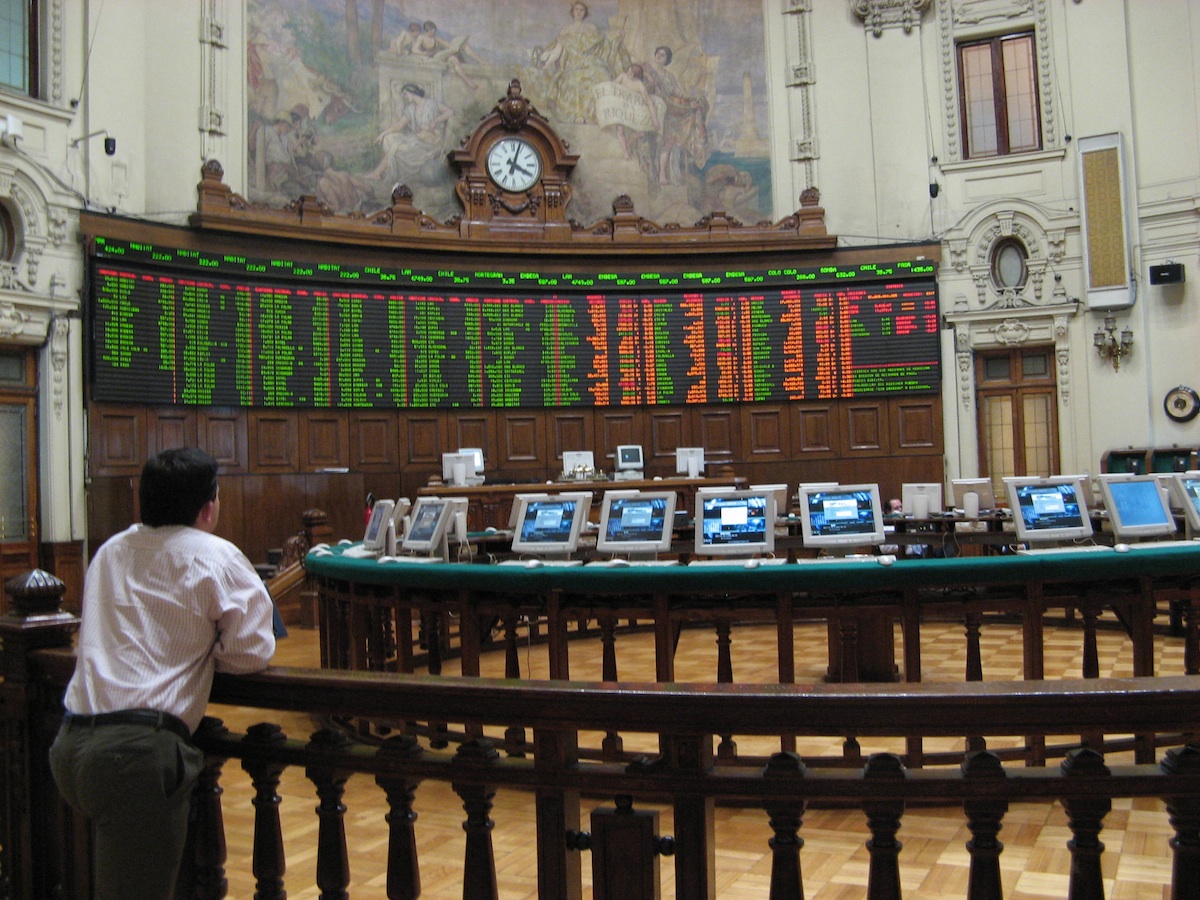 Yet truly free trade across borders can be elusive. Governments frequently enact rules designed to provide advantages to favored business and consumer interests. Even calls for free trade can be controversial. Debates about international trade tend to be between those who favor no or few restrictions on trade and those who favor the use of restrictions. Those who support no or few restrictions believe that free trade among nations promotes peace and allows more people in more places to access a wider range of goods, enhancing quality of life. Those who support the use of restrictions believe that the increased competition resulting from international trade can hurt businesses and workers, and that there can be moral or national security reasons to restrict trade. For example, “blood” diamonds in parts of Africa are sold to finance the war efforts. Some nations, including the United States, have restricted the importation of these diamonds and restricted exportation of weapons to countries who trade in diamonds.

International trade means people have more choices about what to buy. More choice is good for consumers, but for businesses and their employees more consumer choice can be bad. This is because more choice for consumers means more competition for businesses. Competition induces businesses constantly to find ways to offer better services and lower prices. This means more work for them, when it would be easier and more certain to get a law passed protecting them from competition. Therefore it is common for businesses to want restrictions on free trade including tariffs and restrictions on competitors’ imports as well as government subsidies for their own exports.

Throughout American history, it has used this power in an attempt to provide advantages to certain groups (such as manufacturers) at the expense of others (such as consumers). Using a basic rule of economics—that people respond to incentives—government has tried to change people’s behavior by making it less expensive for them to do the things government wants them to do (often, to buy American products), and more expensive to do the things it does not want them to do (to buy foreign products). Critics of free trade worry that if better or cheaper imported products are available to consumers in the United States, American manufacturers might be forced out of business. By imposing higher taxes on foreign imports, erecting expensive restrictions or other barriers to them, government can try to “protect” American businesses from the competition of foreign companies. In the case of young industries in a new country, some, like Alexander Hamilton, have argued that temporary protection from foreign competition is needed so that those in the field can learn and grow. In the case of older industries, some have argued that protection from foreign competition is needed so that these businesses can adjust and adapt to changing circumstances. But is protectionism in general a good idea? Who is being protected?

Protectionism is the approach of protecting American businesses and workers by restricting and regulating trade with other countries. Most economists agree that the costs of protectionism outweigh the benefits. Though some businesses may suffer as a result of competition, all American consumers benefit from access to a wider variety of lower-priced goods.

Protectionism also diminishes the ability of the United States to compete globally, as industries will have less incentive to be efficient and effective. 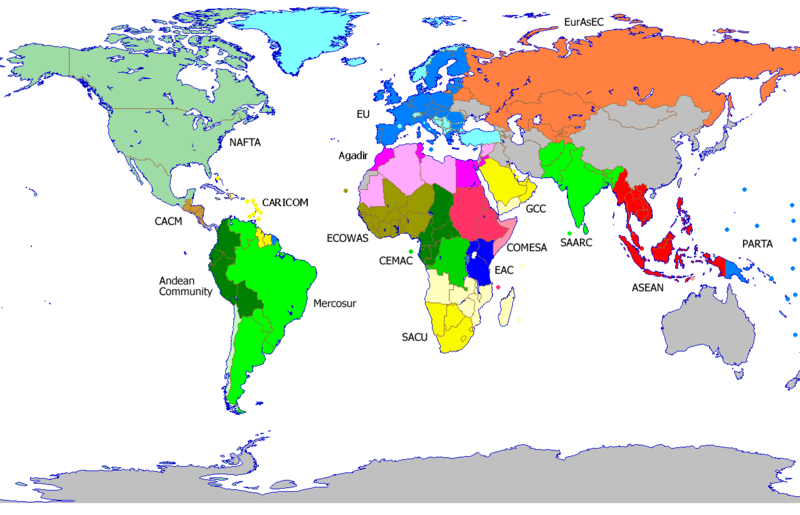 Although there may be short-term job losses due to international competition, individuals and companies are forced to create value in new ways in the long term. Instead of wasting time and resources producing something no one wants or that others are better at producing, American businesses must innovate to find new markets or make new products. On the other hand, national security may also be at risk if goods produced in foreign countries will be used to defend the nation importing the goods or if such importations lead to dependence on other nations. Protectionism is not just excessive tariffs or bans on imports. Congress can also erect administrative barriers to imports, such as tight environmental standards or strict rules for product safety. When designed less to protect consumers and more to create barriers to the U.S. market, anticompetitive regulations raise costs for Americans by discouraging competition or adding burdens intended to make imported products more expensive.

Large corporations and labor unions will often lobby for these types of restrictions on trade (for both trade within the United States and beyond its borders). This is because big companies usually have enough money and resources to comply with them, while smaller start-ups often do not. With this fact in mind, the tendency of big companies to lobby for the regulation of their industry actually makes perfect sense: they know it will drive their smaller competitors out of business. For consumers, however, the results are higher prices, less innovation, and fewer choices. In some cases, the cost to consumers can be even greater.

One example of a disastrous restriction on trade was the Embargo Act of 1807. War was raging between Great Britain and France, and both countries—despite U.S. neutrality in the conflict—threatened to attack American merchant vessels sailing to enemy ports. To further its war efforts, Britain had even been taking over U.S. trade ships and forcing American crew members to serve in the British navy. Congress passed the Embargo Act and President Thomas Jefferson signed it into law. The Embargo banned all international trade. The law was intended to show Britain and France the importance of trade with the neutral United States. For years, however, the Embargo failed in this objective and Britain and France held firm. Worse, like all laws, the Embargo Act had unintended consequences. From commercial centers in New England to farms in the South, every state suffered devastating effects from the Embargo. Not only that, but the Embargo was difficult to enforce. British goods were smuggled into the United States anyway—adding insult to injury for many Americans who had been financially ruined.  Jefferson signed a repeal of the Embargo Act during his last days in office. After France recognized America’s neutral trading rights, in 1812 Congress declared war on Great Britain.  Even today, the United States uses embargoes or “trade sanctions” as a means to force other countries to change. Sanctions can block assets and restrict trade to attempt to accomplish foreign policy and national security goals. Countries currently under sanctions include Burma, Iran, Libya, North Korea, Somalia, Sudan, and others. An embargo against Cuba enacted in 1960 and still in effect today is the longest trade embargo in modern history.

Beyond the Economic Debates

International trade may raise not only economic but also moral and ethical concerns. Opponents of free trade argue that Americans have a moral responsibility to use government trade barriers to end, or at least avoid sustaining, child labor or unsafe working conditions overseas that would not be tolerated within the United States. 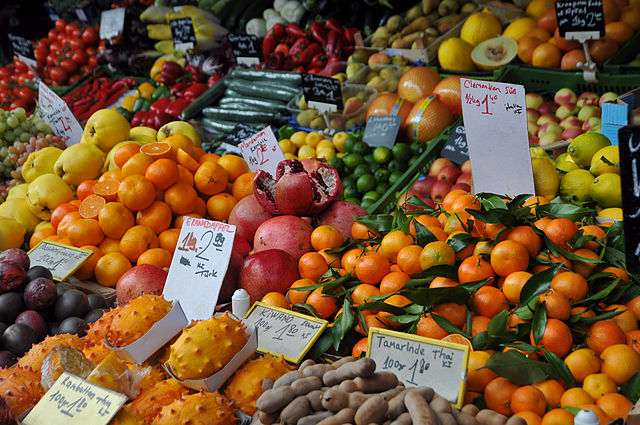 Should the United States allow its citizens to import rugs assembled by foreign children chained to looms and suffering from respiratory diseases caused by the inhalation of wool fibers? What about clothing or shoes made in countries that pay workers much less than workers make in the United States? What if those foreign workers—poorly paid by American standards—are grateful for their jobs because they pay much better than most others in their country?

What happens when there is a high demand for products in countries with corrupt governments? Should the United States allow its citizens to import diamonds mined in war zones, when the money paid for them may finance armed conflict? Further, international trade can shift the balance of power among nations. Is it a national security concern that Americans buy $30 billion more goods from China than China buys from the United States?

When a country is only one of a few that can produce something—such as petroleum—that the whole world wants on a large scale, international trade can have serious implications for national security. Are ruthless dictators in oil-rich countries more tolerable than those in countries without oil? Should the United States go to war to advance economic interests?

For all of human history, people have desired things that people in distant lands possessed in abundance. From Australian opals to Chinese silk, Greek olive oil to French wine, Peruvian textiles to Florida oranges, from South African diamonds to Cuban tobacco, we have always wanted access to the best things different places around the world have to offer.