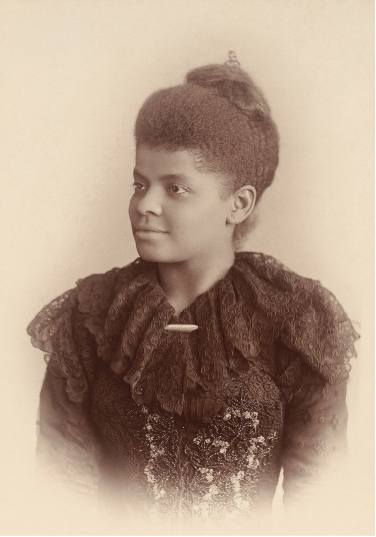 Use this Narrative with the Plessy v. Ferguson (1896) Narrative and the Ida B. Wells, “Lynch Law,” 1893. Primary Source to have students discuss the issues that African Americans faced after Reconstruction and through the beginning of the twentieth century.

In March 1892, trouble erupted in Memphis, Tennessee. That spring was supposed to bring a celebratory mood to the city that had just built the first bridge across the Mississippi south of the Ohio River. The bridge was intended to attract a railroad and enhance commerce. Instead, the city plunged into a violent racial episode that represented the realities of the lives of African Americans living in the segregated South.

A racially mixed group of boys was gambling at a local general store for white patrons when tensions flared and a father of one of the white boys whipped a black child. The owner of the general store, W.H. Barrett, went to a nearby competing grocery and violently confronted an African American clerk named Calvin McDowell and pistol-whipped him. McDowell fought back and bloodied Barrett. As a result, a white judge issued an arrest warrant for McDowell.

Deputies led a white mob to serve the warrant and confronted a large band of armed black men at the grocery store. Shots were fired and three deputies and some of the civilians were wounded in the exchange of gunfire. The deputies took a dozen African Americans into custody. Angry whites went on a rampage and rounded up dozens more African American men while ransacking their homes.

Because of the common practice in the South of white mobs seizing black men in jail and murdering them, the African American Tennessee Rifles state militia company surrounded the jail. They had to depart, however, when a white judge ordered them disarmed. The black men in the jail were left defenseless.

In the middle of the night, a white mob descended upon the jail and dragged out McDowell and two other black men named Thomas Moss and Will Stewart. All three were taken to a field where they were shot. Their bodies were mutilated and they were left to rot. Because African Americans did not enjoy due process of law or equal justice in the south, no indictments were issued for the murders.

Among the outraged African Americans who lived in Memphis at the time was journalist Ida B. Wells, who was in New York when the murders occurred. She had been born a slave in 1862 during the Civil War, and afterward her family became active in the Republican Party and the Freedman’s Aid Society. Wells was known for standing up to the humiliations of segregation.

In May 1884, Wells had boarded a train to Nashville with a first-class ticket, but she was told that she had to sit in the car reserved for African Americans. She refused and was forcibly removed from the train. She took her case to court, winning $500 before the Tennessee Supreme Court overturned the verdict. After this ordeal, she began to write about the discrimination and racism that African Americans faced. She also began to speak out against the deplorable conditions of the segregated school where she taught, resulting in her losing her job.

Wells had been a close friend of Tom Moss and was infuriated by the senseless murders. When she returned to Memphis, she penned an inflammatory editorial in the local newspaper, the Free Press, that confronted whites directly about lynching. She described ten lynchings that had taken place that week across the South in Arkansas, Alabama, Georgia, and Louisiana. In the editorial, she wrote, “This is what opened my eyes to what lynching really was: an excuse to get rid of Negroes who were acquiring wealth and property and thus keep the race terrorized.”

Lynching had most often occurred in the West because some places lacked the protections of law and order, so mobs sometimes resorted to violence. The practice became widespread in the South in the 1890s, with between 80 and 160 African Americans lynched annually. White mobs often accused black men of raping white women and then proceeded to torture, hang, castrate, burn, and dismember the accused. Lynchings became public spectacles, with local whites forming large crowds to watch the brutality. Many whites believed these gruesome murders preserved the social order even as they grossly violated the natural and constitutional rights of African Americans.

Wells’s editorial made her a target of a white mob that destroyed the press and threatened her, forcing her to flee to New York City. She launched a campaign to publicize the horrors of lynching and began writing and lecturing about it across the country. She wrote two pamphlets, entitled A Red Record: Lynchings in the United States and Southern Horrors: Lynch Law in All Its Phases . In those works, she catalogued 241 lynchings. She exploded the myth that lynchings were carried out in retribution for black men’ raping white women, because the overwhelming majority of sexual relationships were consensual or merely a product of fear in white imaginations. She asserted that lynching was “that last relic of barbarism and slavery.”

In 1898, Wells went to Washington, DC, to implore President William McKinley to institute reforms against lynching and discrimination. She continued to fight against the unfair treatment of African Americans and became a co-founder of the National Association for the Advancement of Colored People (NAACP).

African Americans had won the passage of the Thirteenth, Fourteenth, and Fifteenth Amendments and basic civil rights protections during Reconstruction, but those temporary gains were negated by lynchings and other forms of violence, voting restrictions, and the rise of Jim Crow legislation that separated the races. Wells’s courageous writings and activism launched a decades-long crusade against the crime of lynching that was continually defeated by the political power of Southern Democrats in Congress. Although an anti-lynching bill was never passed by both houses of Congress, the activism of Wells and other African Americans was critical in raising awareness of the practice.

1. Before becoming a crusader for antilynching legislation, Ida B. Wells worked primarily as a

2. During the 1890s, many whites across the Deep South believed lynching was

3. The idea of lynching African Americans carried over from

4. To continue to advocate for African American equality, Ida B. Wells helped organize the

Is there a remedy, or will the nation confess that it cannot protect its protectors at home as well as abroad? Various remedies have been suggested to abolish the lynching infamy, but year after year, the butchery of men, women and children continues in spite of plea and protest. Education is suggested as a preventive, but it is as grave a crime to murder an ignorant man as it is a scholar. True, few educated men have been lynched, but the hue and cry once started stops at no bounds, as was clearly shown by the lynchings in Atlanta, and in Springfield, Illinois.”

1. From the excerpt, a historian might conclude Wells believed

2. What would be a logical conclusion from the information Wells provided in the speech excerpted here?

3. The viewpoints expressed by Ida B. Wells suggest that popular support for civil rights issues mainly came from

Wells, Ida B. The Light of Truth: Writings of an Anti-Lynching Crusader. New York: Penguin, 2014.

Giddings, Paula J. Ida: A Sword Among Lions: Ida B. Wells and the Campaign Against Lynching. New York: Harper, 2009

White, Richard. The Republic for Which It Stands: The United States during Reconstruction and the Gilded Age, 1865-1896. Oxford, UK: Oxford University Press, 2017.