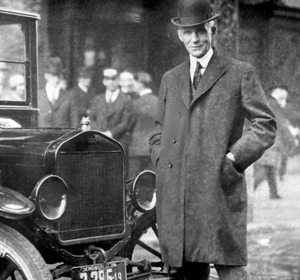 Entrepreneurs are a different breed. They think differently from others. The definition of entrepreneur-one who takes risks to create a new enterprise-implies that they usually change what is happening around them. They envision new products not yet invented. They see companies not yet built, providing products that benefit mankind. Their inventions can earn profits for the entrepreneur while making travel easier, life safer, information more available, food preparation simpler, clothing better and less expensive-the list goes on and on.

When Steve Jobs, co-founder of Apple Computer Company, had the idea that a phone could be built with the additional capability to process email like a computer, take photos, serve as an alarm clock, and have a hundred other functions, most engineers in his company were stunned. Jobs also insisted that all of these functions had to operate with the simple touch of a human finger. Steve Jobs understood the advantages of the iPhone before consumers ever dreamed of such a device. The result was incredible amounts of information that was available at the user’s fingertip with a level of convenience scarcely dreamed of in previous generations. 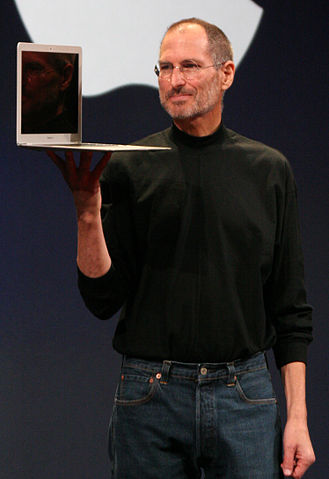 Steve Jobs understood the advantages of the iPhone before consumers ever dreamed of such a device.

The products provided by entrepreneurs such as Steve Jobs change society and push it forward in unplanned ways. Before the entrepreneur can succeed, the public must see the benefit of the innovation, whether it is a new gadget, new material, or new system of using information. When customers believe that owning the new product, whatever it may be, improves their lives, then an entrepreneur has the chance of selling that item to the customers. If customers decide that a product isn’t what they need or may even have a negative impact on their lives, they may refuse to purchase and the entrepreneur either learns to change the product or goes out of business.

Another goal for entrepreneurs is to have customers who repeatedly purchase goods or services. To do that, entrepreneurs must continually produce and improve a quality product, or customers will try to go elsewhere with their business.

At the same time, in order to put such effort into their work, entrepreneurs must be assured of being able to keep a significant percentage of their profits. They must know that their property, whether it is a factory, a copyright, or a bank account, is safe and able to be used in the future. We often use the term “property rights” when discussing protection of property owned by individuals.

What are the negatives of this free market system? Society changes as new products surge into the marketplace, and that change may mean that old products lose their value. Workers may have to change jobs or get new training and skills to find employment. For example, when Americans began buying Henry Ford’s Model-T car, the makers of carriages and buggy whips had to find new jobs. More recently, as most Americans purchased a cell phone, the number of homes that still had a “landline” from a traditional phone company declined. Consequently, many phone companies have adjusted and now offer high speed internet, home security systems, and cable television.

This disruption of old services as new ones emerge isn’t just a modern phenomenon. In the early 1800s, as steam-driven textile machines became popular, those English workers who had used old-fashioned spinning frames and weaving looms rebelled. The new textile machines produced cloth in a fraction of the time required on the old looms, and the new machines could operate with one human operator keeping an eye on multiple processes.

The textile workers didn’t rush to train for other work. Generations of their families had woven cloth on wooden looms: the new machines, part of industrialization, seemed to be an evil threat to their entire way of life. They formed groups called “Luddites,” probably named for Ned Ludd, a youth who had smashed machinery when the industrial revolution began. The Luddites met at night on the English moors and planned their strategy. Workers began smashing new machinery in factories and even burned textile mills to the ground. For a time more British soldiers were in England stopping the Luddites than fighting Napoleon’s troops in Europe.

After six or seven years of conflict, the Luddite movement died out. Workers accepted that the new textile machinery had more positives than negatives. But workers had to re-train and often moved to new areas to find work. Such displacement also led to the large waves of immigration to the United States in the nineteenth century. Cities grew as workers, whether recent immigrants or rural Americans leaving the family farm, flooded into urban areas to work in industry. 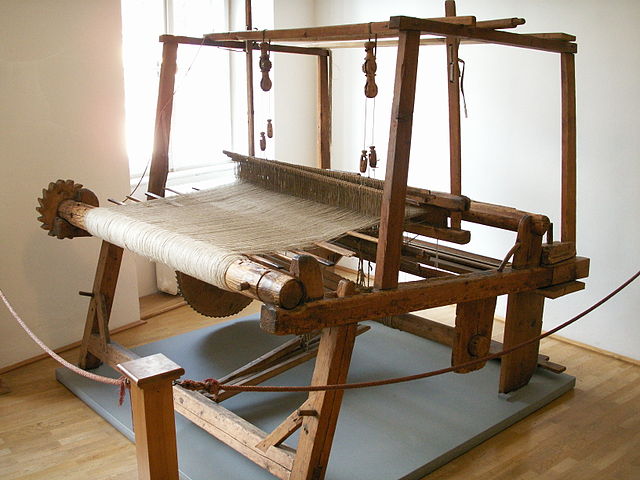 Generations of their families had woven cloth on wooden looms: the new machines, part of industrialization, seemed to be an evil threat to their entire way of life.

Unlike the Luddites, most citizens of the early 1800s welcomed the conveniences and the lower prices due to the new steam powered devices. For example, on the Mississippi River, before the invention of the steamship, travel upstream was almost impossible. Getting any manufactured goods to towns north of New Orleans meant transportation costs were so high that most settlers couldn’t afford luxuries such as factory-made furniture. Even food and hunting supplies, such as lead for bullets, had to be sent north on slow-moving wagons or rafts on the river that were pulled upstream by teams of mules on the riverbanks.

Steamboats could sail up and down the Mississippi River, delivering goods and providing a convenient means of travel for passengers. Prices of goods at stores along the river fell to one-sixth of their former prices. Settlers could then afford food, clothing, and supplies that had seemed impossible to purchase just months before. Factories in the northeast United States could ship goods around the Gulf Coast to New Orleans, and then upriver to these new customers, opening up entire new markets.

Steamboats could sail up and down the Mississippi River, delivering goods and providing a convenient means of travel for passengers.

Air conditioning was first invented to lower the humidity in print shops so that ink would dry more quickly. When Willis Carrier realized that his “air conditioner” also lowered the temperature of the air, he marketed his invention to movie theaters in the 1920s to use during the hot summer months. Attendance at movie theaters in July and August skyrocketed.

Introduction to Entrepreneurship and its history in the U.S., student activity that enables students to see the strength of a free market economy as it affects development and production of goods.