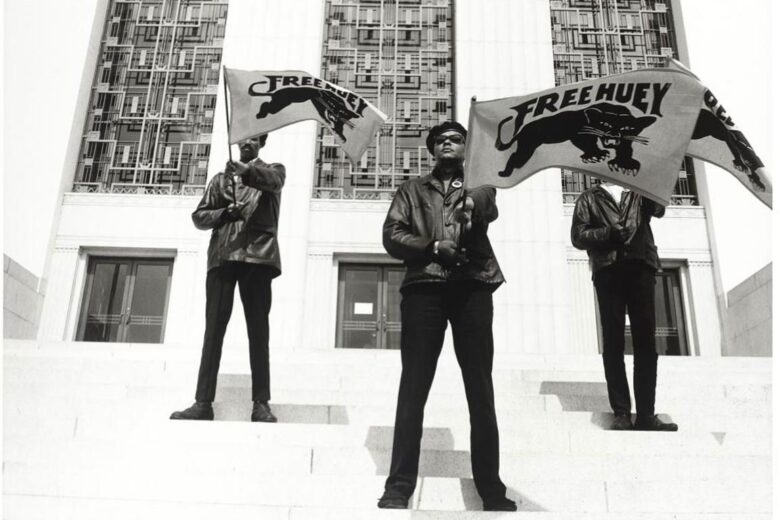 Use this narrative with the Freedom Riders Narrative; The March on Birmingham Narrative; the Martin Luther King Jr., “Letter from Birmingham Jail,” 1963 Primary Source; the Martin Luther King Jr., “I Have a Dream,” August 28, 1963 Primary Source; the Civil Disobedience across Time Lesson; The Music of the Civil Rights Movement Lesson; and the Civil Rights DBQ Lesson to discuss the different aspects of the civil rights movement during the 1960s. You can also use this narrative with the Malcolm X, “The Ballot or the Bullet,” April 12, 1964 Primary Source to discuss the call for violence in the African American civil rights movement.

On June 6, 1966, one day into his solitary “March Against Fear,” James Meredith was shot and wounded by a sniper in northwest Mississippi. Meredith, an Air Force veteran and the first African American to attend the University of Mississippi, had planned to march from Memphis to Jackson to encourage voter registration by black citizens. As he recovered, prominent black leaders promised Meredith they would continue his march. Among them was Stokely Carmichael, the newly elected chair of SNCC, who aimed to steer the broader movement in a more militant direction. As the march carried on, Carmichael led a crowd at a June 16 rally in Greenwood, Mississippi, in a chant: “We want Black power!” Martin Luther King Jr. had objected, but with that outcry, a new faction of the black freedom movement was born.

Carmichael’s speech gave the faction a name and a new impetus for its organizational development, but he was neither Black Power’s true founder nor its most important formative influence. The crucial figure in the radicalizing of black political thought in this period was Malcolm X, whom Carmichael regarded as his “patron saint.”

Malcolm X, originally Malcolm Little, was born May 19, 1925, in Omaha, Nebraska. His father, Earl, and mother, Louise, were followers of the Jamaican-born black nationalist Marcus Garvey. After Earl Little’s death in 1931 in disputed circumstances, an overburdened Louise descended into chronic mental illness. In his teens, Malcolm X lapsed into a life of criminality, landing in prison for grand larceny before he reached the age of 20 years. His imprisonment proved to be the great turning point in his life.

In prison, Malcolm X met an older inmate named John Elton Bembry, a man of broad knowledge and intellectual curiosity, who inspired him to embark on a rigorous course of self-education. Meanwhile, at the behest of siblings, Malcolm X joined theNation of Islam. After his release from prison in 1952, he became an assistant minister at the Nation of Islam’s Temple No. 1 in Detroit. During the next few years, he established thriving temples in Boston and Philadelphia and finally took a position as the minister of Temple No. 7 in Harlem.

In July 1959, a New York television station aired a documentary series on the Nation of Islam entitled “The Hate that Hate Produced.” Many Americans found it shocking, but shortly after the series aired, membership increased dramatically, and Malcolm X became a nationally known figure.

The message he preached was contrary to the mainstream civil rights movement’s dedication to nonviolence and integration. It advocated defensive, not aggressive, violence, but Malcolm X’s rhetoric nonetheless generated fears that it would incite violence. “You don’t have a turn-the-other-cheek revolution,” he told a Detroit audience in 1963. “There’s no suchthingas a nonviolent revolution,” he insisted. “A revolution is bloody.” Revolution overturns and destroys everything that gets in its way.” He continued: “Our religion teaches us to be intelligent. Be peaceful, be courteous, obey the law, respect everyone; but if someone puts his hand on you, send him to the cemetery. That’s a good religion.” The following year, he warned of the consequences of continuing failure to enact reforms: “In 1964, it’s the ballot or the bullet.”

Malcolm X opposed racial integration and derided “the Negro revolution” as the “only revolution in which the goal is a desegregated lunch counter, a desegregated theater – and a desegregated public toilet. That’s no revolution.” The “philosophy of black nationalism,” he explained, “means that the black man should control the politics and the politicians in his own community,” along with the economy. “Why should white people be running all the stores in our community?”

Eventually, Malcolm X wanted to focus more on black understanding of cultural ties to Africa and leadership within black communities. When he broke with the Nation of Islam for moral and political reasons, he made himself a marked man. On February 21, 1965, he was assassinated by Nation of Islam loyalists while he attempted to lecture in Harlem.

Malcolm X’s linking of black self-respect with defensive violence and his calls for political and economic power independent of whites were powerfully appealing to many black residents of northern urban ghettos who were angered by violence committed against the southern civil rights movement and dissatisfied with the limited benefits of its desegregation agenda. His agenda held a similar appeal for younger, increasingly militant factions of the southern movement as it progressed through its climactic campaigns. Carmichael contended that after the violence in Birmingham and Selma, African Americans could no longer be animated by integrationist love. His Black Power call was endorsed by SNCC and the Congress for Racial Equality (CORE), and the schism in the freedom movement became irreparable.

In his manifesto, Black Power: The Politics of Liberation in America, Carmichael maintained, despite his objections to integration as a trick to achieve white supremacy, that the moral center of Black Power was neither anti-white nor pro-violence. Even so, mainstream leaders’ concerns about divisiveness, incitement to violence, and white backlash were legitimate. The call for Black Power came amid an outbreak of race-related urban rioting that began in 1964 and spread to hundreds of U.S. cities over the next few years. The double-edged character of Black Power – defended as a program of peaceful self-affirmation and self-empowerment but marred at its extremes by a romanticizing of revolutionary violence – was most vividly exemplified by the career of its most controversial product, the Black Panther Party.

As the Black Power idea gained support, Black Panther parties and organizations formed across the country. The most influential and longest lasting was the Black Panther Party for Self-Defense, formed in Oakland, California, in October 1966 by Huey Newton and Bobby Seale, both of whom were inspired by the lectures of Malcolm X. Two events the next year brought national notoriety to the newly founded party. In May 1967, 30 Panthers, 20 of whom bore arms in open display, demonstrated at the state capitol in Sacramento to protest a bill designed to prevent party members from conducting armed patrols to deter police misconduct. The bill passed, likely due, in part, to the demonstration. Then, in October, Newton was involved in a traffic altercation with police that left an officer dead and resulted in a manslaughter conviction for Newton. The conviction was overturned in 1970 due to an error by the judge, but in the meantime, Newton’s imprisonment had made him a political martyr in the eyes of sympathizers. An ensuing “Free Huey” campaign proved a great boon for the party’s fundraising.

After Martin Luther King Jr.’s assassination in April 1968, membership in Black Panther Party chapters nationwide increased substantially. Supporters admired the party’s boldness in opposing police brutality, along with its efforts to improve conditions in urban ghettos by operating schools, health-care clinics, and free-breakfast programs. Critics, however, pointed to a record of criminality, including murders, beatings, intimidation of witnesses, extortion, and mismanagement of funds that, in the end, alienated its donors and left the party resembling a glorified street gang. It finally disbanded in 1982. Newton was killed in a drug dispute in 1989.

A similar fate had already befallen SNCC. By early 1967, the organization was virtually bankrupt. Carmichael was succeeded as leader by the even more militant H. Rap Brown, who was indicted the next year for incitement to violence. SNCC disintegrated shortly thereafter.

Black Power activism left a divided legacy. Some link its rise to the decline of the black freedom movement, because the upsurge in urban violence and the movement’s factious and illiberal (nationalist and socialist) offshoots alienated mainstream America. The heyday of Black Power activism was over by the mid-1970s, and some of the major problems it addressed – the poverty and social disorder plaguing urban ghettos – have persisted to the present day. In other respects, however, the Black Power movement’s enduring, transformative influence over America’s political institutions and culture is undeniable. Black voters, frequently acting as a bloc, have wielded substantial political power in the elections of numerous African American candidates, including mayors, congressional members, and of course, the first African American U.S. president.

The influence of Black Power on education has been perhaps even more pronounced, as evident foremost in the rise of multicultural education, with its emphasis on the affirmation of racial and ethnic diversity and its discrediting of the traditional “melting pot” model of integration. Finally, Black Power activists’ allegations of racially charged police misconduct have been recently reprised by the Black Lives Matter movement, whose statement of “Demands” shows the heavy influence of the Black Panther Party’s 10-point “Platform and Program.”

As to whether the Black Power movement, on balance, has been a positive or a negative force in American political life, opinions remain divided. It is safe to say that so long as social and economic disparities persist between African Americans and the general American population, the movement’s appeal in one form or another will endure.

1. James Meredith undertook his “March Against Fear” to

2. The person with the deepest influence over the Black Power movement was

3. Stokely Carmichael argued that the call for Black Power signified a demand for

4. The Black Panther Party for Self-Defense was characterized by all the following except

5. Malcolm X’s statement “In 1964, it’s the ballot or the bullet” most clearly reflected

6. According to Malcolm X, black nationalism is best described as

7. Malcolm X’s calls for black power and defensive violence resonated most strongly with

8. Black Power was most strongly supported by the

1. A historian could use this image to support

2. Which of the following groups would most likely support the point of view in the image?

3. This image best challenged the idea that