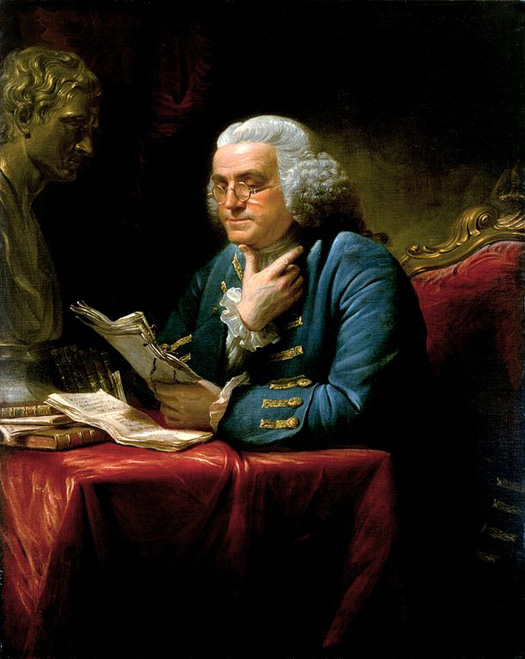 This Narrative should be assigned to students at the beginning of their study of Chapter 4.

On February 11, 1790, two groups of Quakers entered the House of Representatives, then meeting in New York. They respectfully submitted a petition to the government for a redress of rights, which was a traditional right reaching far back into English constitutional history. The content of the petition, however, sparked a fierce debate on the floor of the First Congress. The persons who signed the controversial petition were calling on the federal government to ban the African slave trade.

Several members of Congress supported the petition. Elbridge Gerry of Massachusetts wished “to see measures pursued by every nation to wipe off the indelible stain which the slave trade had brought upon all.” Thomas Scott of Pennsylvania asserted, “I look upon the slave trade as one of the most abominable things on earth.”

Southern representatives angrily rose to their feet to denounce the petition and question the patriotism of the pacifist Quakers, who had refused to fight in the War for Independence. James Jackson of Georgia and William Loughton Smith of South Carolina attacked the petition and cited Article I, section 9, paragraph 1 of the Constitution, which specifically banned Congress from interfering with the slave trade until 1808. They also articulated a biblical defense of slavery and argued for the economic necessity of enslaved labor. Jackson feared that, “if through the interference of the general government, the slave trade was abolished, it would evince to the people a general disposition toward a total emancipation.”

The next day, a petition arrived from the Pennsylvania Society for Promoting the Abolition of Slavery and its president, Benjamin Franklin. The octogenarian Franklin had accepted the presidency of the society shortly after returning from Europe, where he had negotiated the peace treaty ending the Revolutionary War. Now a world-renowned Enlightenment scientist and statesman, he had dedicated his lifetime of public service to the causes of liberty and civic virtue and had become a convert to the cause of antislavery. The year before, Franklin had signed a Society statement that declared slavery “an atrocious debasement of human nature.” He had almost presented a petition from the society to the Constitutional Convention in the summer of 1787 but withheld it. Now, he was courageously opening the question of slavery at the dawn of the new nation.

The petition was a model of equality and justice: “Mankind are all formed by the same Almighty Being, alike objects of his care, and equally designed for the enjoyment of happiness.” All people were entitled to the “blessings of liberty . . . without distinction of color.” It noted the contradiction of slavery and freedom in the American experiment while seeking the means “for removing this inconsistency from the character of the American people,” and it called on Congress to grant “liberty to those unhappy men who alone in this land of freedom are degraded into perpetual bondage.” It advocated not only the end of the slave trade, as the Quaker petition had the day before, but the end of slavery itself.

The petition was on solid grounds of justice but weaker on constitutional support for its case. Finding no clauses authorizing Congress to ban slavery, the society argued that Congress had the general grant of power in the general welfare and necessary and proper clauses. The House voted overwhelmingly to refer the petitions to a committee, over the objections of the South Carolina and Georgia delegations.

On March 5, the committee submitted its report to the House. Representative Jackson jumped to his feet and launched into a day-long harangue against the petitions. He declared that “the southern states must be left to themselves on this subject” and reiterated the arguments he had previously made. He admitted that slavery was an “evil habit,” but one, he thought, that was sanctioned in the Bible and history. Smith followed Jackson the next day with a two-hour speech. Both personally attacked the Quakers’ character and assailed Franklin as a senile fool. The Pennsylvanians defended Franklin for his dedication to the cause of liberty and equality for all. They thanked him for speaking the “language of America, and to call us back to our first principles.”

Jackson and Smith also argued that African Americans were ill-suited by nature for freedom and citizenship if emancipated. They warned of intermarriage between the races if enslaved persons were freed. Franklin anticipated these prejudiced arguments and reasoned that slavery debased the enslaved and ruined their natural intellectual equality. “The galling chains that bind his body do also fetter his intellectual faculties and impair the social affections of his heart.” Therefore, Franklin advocated a plan of education for free blacks to train them in knowledge and virtue for good citizenship. The plan would “instruct, to advise, to qualify those who have been restored to freedom, for the exercise and enjoyment of civil liberty . . . [to] promote the public good, and the happiness of these our hitherto much neglected fellow [humans].”

On March 23, the House voted to adopt the resolutions contained in the committee report, including one that prevented Congress from interfering with slavery where it already existed in the South, making tangible the Constitution’s silence on the issue. The humane petitions to end the slave trade and slavery had been received, but the debate ended with Congress endorsing slavery’s protected status in the new nation. The question was hardly settled, however, and seven decades of fierce debate over slavery and its expansion ensued.

Franklin responded to the conclusion of the controversy in his typical manner – he wrote a biting satire. It took the form of a fictional speech by Muslim Sidi Mehemet Ibrahim of Algiers apologizing for piracy and Christian slavery in a way that mirrored the southern arguments. “If we cease our cruises against the Christians, how shall we be furnished with the commodities their countries produce, and which are so necessary? . . . . Let us then hear no more of this detestable proposition, the manumission of Christian slaves.”

Franklin died only a few weeks later at the age of 84 years. He had spent a lifetime in service to the republic and to the universal ideal that all humans were created free and equal. His last act on the public stage was to submit a petition for the end of slavery and the slave trade. He and a few Quakers initiated the movement urging the new United States to live up to its Founding principles and end the stain of slavery.

1. Southern representatives used all the following arguments to condemn the Quaker petition presented to the House of Representations in 1790 except

2. The most vocal support for slavery came mainly from

3. What was Benjamin Franklin’s purpose in presenting the petition from the Pennsylvania Society to Congress?

4. The right to present a petition to Congress reflects

5. What was the strongest constitutional approach available to those who supported the abolition of slavery in the United States in the late eighteenth century?

6. All the following resulted from the debate caused by the Quaker and Pennsylvania Society’s petitions to Congress except

“That mankind are all formed by the same Almighty being, alike objects of his Care & equally designed for the Enjoyment of Happiness the Christian Religion teaches us to believe & the Political Creed of America fully coincides with the Position. Your Memorialists, particularly engaged in attending to the Distresses arising from Slavery, believe it their indispensable Duty to present this Subject to your notice. They have observed with great Satisfaction that many important & salutary Powers are vested in you for promoting the Welfare & Securing the blessings of liberty to the People of the United States.’ And as they conceive, that these blessings ought rightfully to be administered, without distinction of Colour, to all descriptions of People, so they indulge themselves in the pleasing expectation, that nothing, which can be done for the relive of the unhappy objects of their care, will be either omitted or delayed. From a persuasion that equal liberty was originally the Portion, It is still the Birthright of all men, & influenced by the strong ties of Humanity & the Principles of their Institution, your Memorialists conceive themselves bound to use all justifiable endeavours to loosen the bounds of Slavery and promote a general Enjoyment of the blessings of Freedom. Under these Impressions they earnestly entreat your serious attention to the Subject of Slavery, that you will be pleased to countenance the Restoration of liberty to those unhappy Men, who alone, in this land of Freedom, are degraded into perpetual Bondage.”

1. At the time the excerpted petition was presented to Congress, Americans were beginning to debate the issue of slavery because

2. During the late eighteenth century, which group would most likely support the sentiments expressed in the excerpt?

3. The point of view presented in the petition excerpted suggests what about the institution of slavery?

“Petition from the Pennsylvania Society for Promoting the Abolition of Slavery to Vice President John Adams signed by Benjamin Franklin (front), February 3, 1790; Records of the U.S. Senate, RG 46.” https://www.archives.gov/legislative/features/franklin