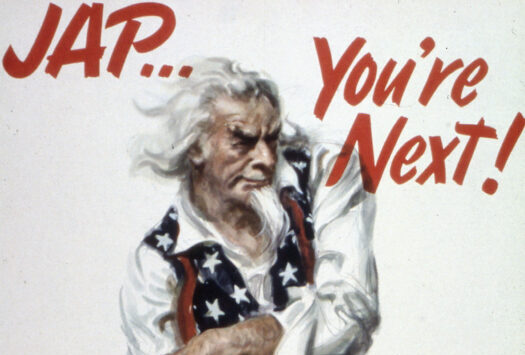 World War II presented an existential threat to the United States in many ways. Thus, the country mobilized its resources and citizens on an unprecedented scale to meet the industrial and manpower demands of war. However, the war effort did not just involve physical entities like guns, planes, and soldiers. The U.S. government was very aware of the psychological burdens of war and recruited leading artists and filmmakers to create propaganda to influence the public and motivate Americans to support the war.

Figure 5: Car-sharing poster by Weimer Pursell, 1943. Printed by the Government Printing Office for the Office of Price Administration