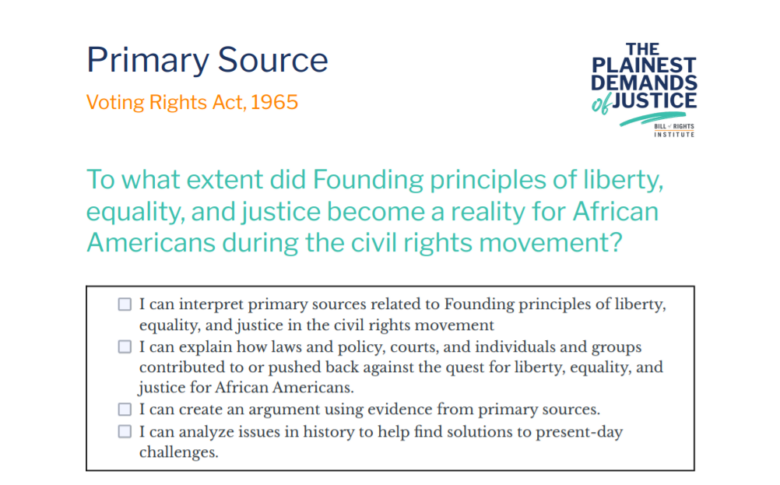 The Voting Rights Act was signed into law on August 6, 1965, by President Lyndon Johnson. It outlawed the discriminatory voting practices adopted in many southern states after the Civil War, including literacy tests as a prerequisite to voting.

SEC. 2. No voting qualification or prerequisite to voting, or standard, practice, or procedure shall be imposed or applied by any State or political subdivision to deny or abridge the right of any citizen of the United States to vote on account of race or color.