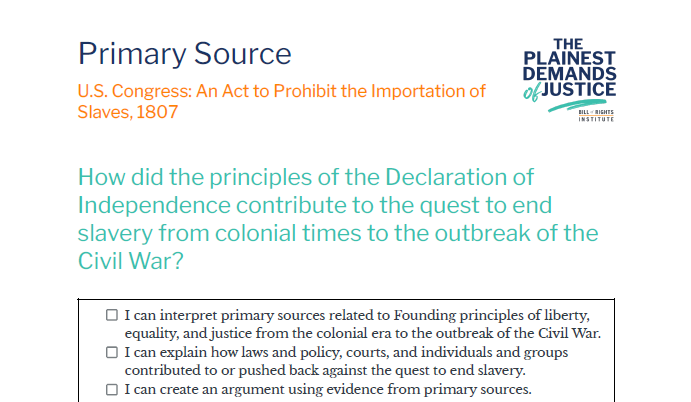 Article 1, Section 9 of the U.S. Constitution declared that “Migration or Importation of such Persons as any of the States now existing shall think proper to admit,” meaning the slave trade could not be banned by Congress until 1808. Congress passed the law, President Thomas Jefferson signed it in 1807, and it went into effect January 1, 1808, the very first day Congress could act.

Be it enacted by the Senate and House of Representatives of the United States of America in Congress assembled, That from and after the first day of January, one thousand eight hundred and eight, it shall not be lawful to import or bring into the United States or the territories thereof from any foreign kingdom, place, or country, any negro, mulatto, or person of colour, with intent to hold, sell, or dispose of such negro, mulatto, or person of colour, as a slave, or to be held to service or labour.