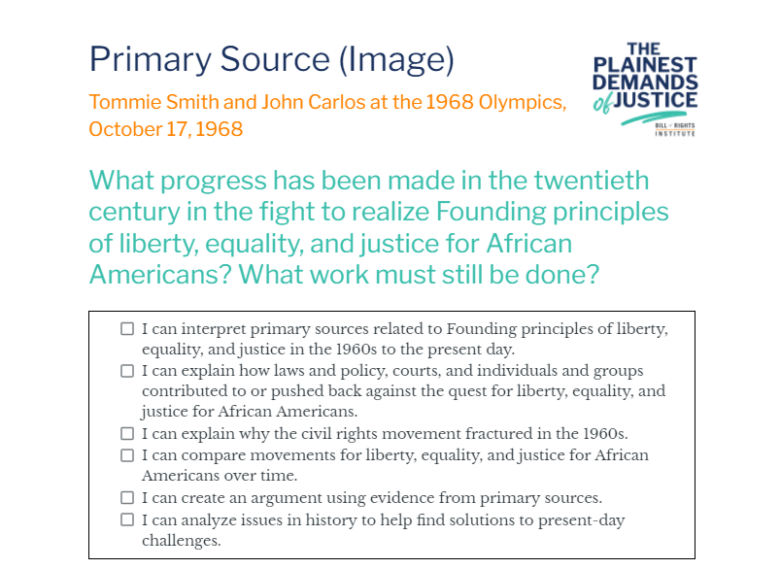 On October 17, 1968, runners Tommie Smith and John Carlos of the United States won the gold and bronze medals, respectively, in the 200m event at the Olympics. While on the podium, they each raised a fist and bowed their heads while the national anthem played. The raised fist was the Black Power salute, and Smith and Carlos’s action was meant to condemn continued discrimination. Instead, their protest was condemned by the International Olympic Committee. In a press conference, Smith explained, “If I win I am an American, not a Black American. But if I did something bad then they would say ‘a Negro.’ We are Black and we are proud of being Black. Black America will understand what we did tonight.” 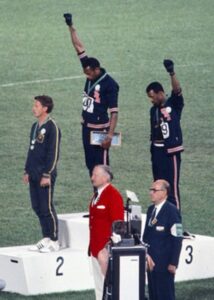