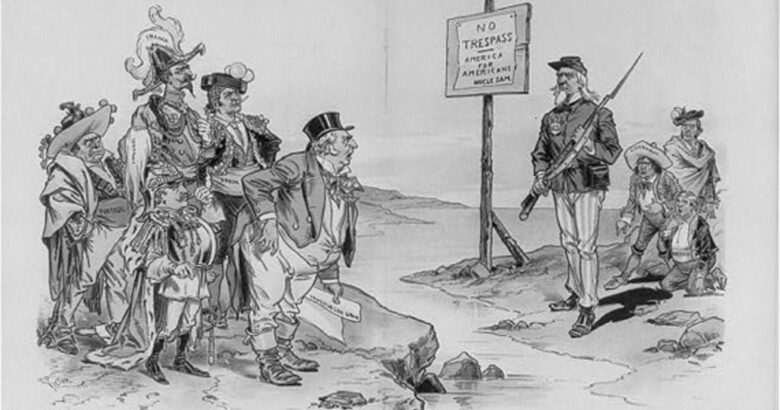 In the 1790s, the Washington and Adams administrations pursued a policy of neutrality in foreign affairs. Neutrality not only was a guiding principle in the early republic but a necessity: The United States did not maintain an army or navy strong enough to realistically repel foreign attacks. In the early 1800s, the Napoleonic Wars in Europe consumed the attention of most of the great powers for more than a decade. As a result, Spain had difficulty retaining control over its imperial possessions in North and South America. Over the first several decades of the nineteenth century, the people in several countries revolted against Spanish rule and gained independence. In theory, the U.S. government supported those revolutions because it believed independence would allow the United States, rather than Europe, to expand both its territory and its influence in the western hemisphere. In 1823, President James Monroe, fearing Russian designs on the Northwest and European designs on the new republics of Latin America, issued what came to be called the Monroe Doctrine, warning European powers from intervening in the affairs of the western hemisphere in order to prevent threats to American trade and national security.