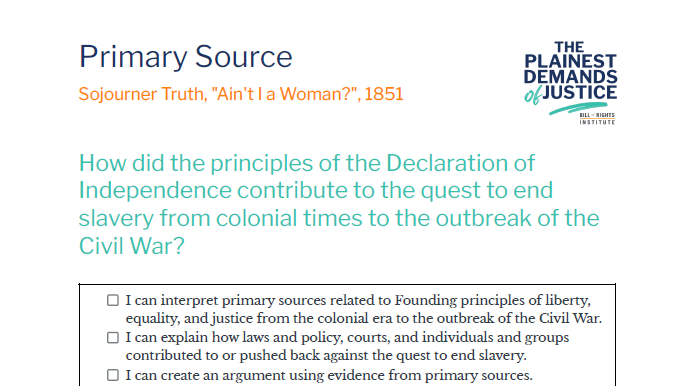 Sojourner Truth was an abolitionist and advocate for women’s rights. Truth was born enslaved and escaped from slavery with one of her infant children. She was deeply religious and through her religion met other reformers such as William Lloyd Garrison and Frederick Douglass. These connections enabled her to speak at a convention for women’s rights in 1851. What Truth actually said in this speech is unknown. She was illiterate, and the only transcriptions of her speech come from differing secondhand accounts. What we do know is that her haunting message of her life as a slave brought her national attention. She spent the rest of her life working for the African American community, supporting black soldiers during the Civil War, and helping formerly enslaved families escape from the Confederacy. After the Civil War, she helped formerly enslaved families start a new life out West.