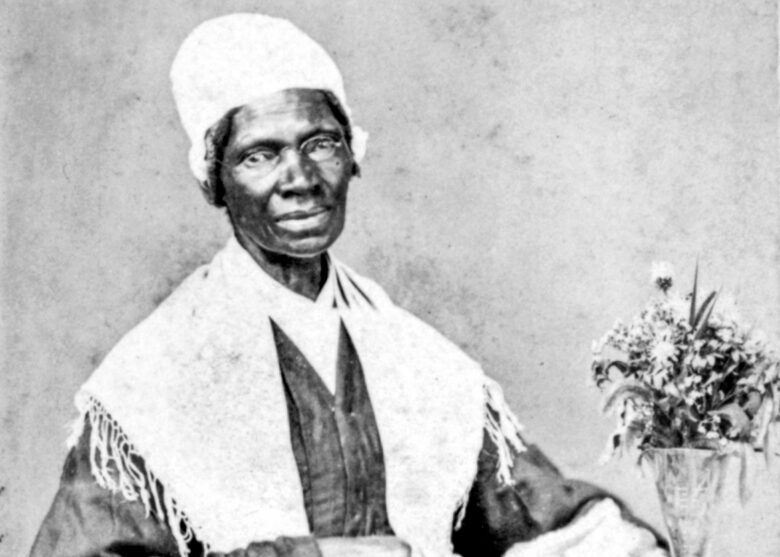 Born into slavery in New York state, Sojourner Truth escaped in 1826 and devoted much of the rest of her life to championing the causes of abolition and women’s rights. On May 29, 1851, Truth stood before the crowd at the Women’s Rights Convention in Akron, Ohio, and delivered a stirring speech. In the months and years that followed, that speech was transcribed by several abolitionists. Ultimately, it came to be titled “Ain’t I a Woman.” Truth never learned to read and write, which makes her leadership all the more remarkable. One of the most famous transcriptions of this speech was published in an 1851 edition of the Anti-Slavery Bugle by Reverend Marius Robinson, an Ohio abolitionist who had worked with Truth. Another was published in an 1863 edition of the Anti-Slavery Standard by Frances Dana Gage, an abolitionist and feminist who presided over the convention at which Truth spoke. Gage’s transcription accounts for Sojourner Truth’s accent: because Truth was enslaved by Dutch settlers in upstate New York, she spoke with a Dutch accent. Robinson’s account fails to convey this.