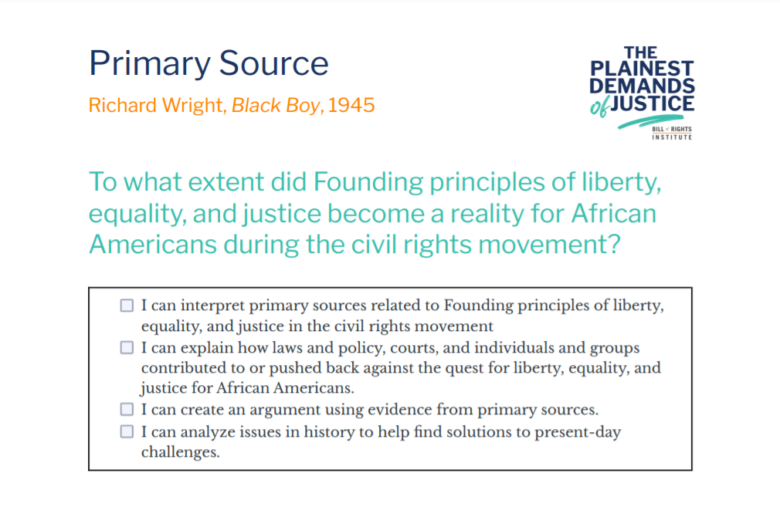 Richard Wright was a Black writer who wrote the seminal novel Native Son (1940), and then an autobiography, Black Boy (1945), among other important works. In his writings, Wright directly confronts the racial prejudice and violence of the Jim Crow South. He details how he experienced poverty and a constant state of fear as a young Black in the segregated South. He gradually became aware of the injustice and inequality Blacks suffered and formulated ideas about how he would respond.

All right, I was colored. It was fine. I did not know enough to be afraid or to anticipate in a concrete manner. True, I had heard that colored people were killed and beaten, but so far it all had seemed remote. There was, of course, a vague uneasiness about it all, but I would be able to handle that when I came to it. It would be simple.

. . . The hostility of the whites had become so deeply implanted in my mind and feelings that it had lost direct connection with the daily environment in which I lived; and my reactions to this hostility fed upon itself, grew or diminished according to the news that reached me about the whites, according to what I aspired or hoped for. Tension would set in at the mere mention of whites and a vast complex of emotions, involving the whole of my personality, would be aroused. It was as though I was continuously reacting to the threat of some natural force whose hostile behavior could not be predicted. I had never in my life been abused by whites, but I had already become as conditioned to their existence as thought I had been the victim of a thousand lynchings.