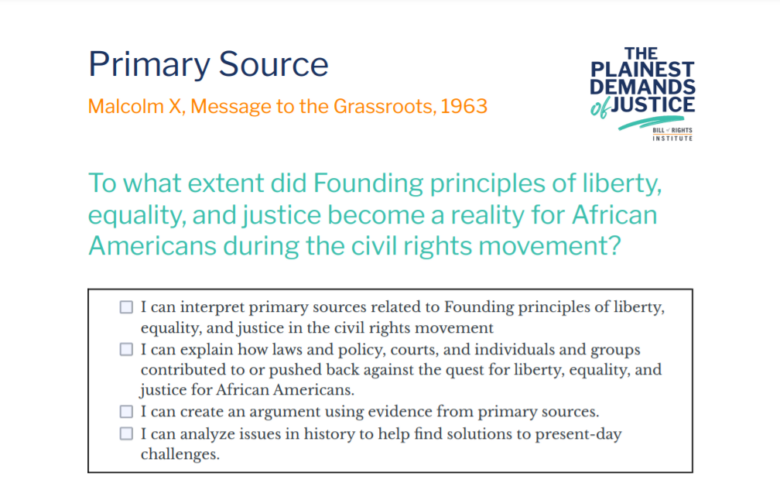 Malcolm Little, better known as Malcolm X, was a prominent civil rights activist during the 1960s. He criticized the nonviolent integrationists within the movement, who believed that over time peaceful methods would end segregation and allow whites and Blacks to exist together. In contrast, Malcolm X believed in Black nationalism—a school of thought that advocated Black pride and self sufficiency and that urged Blacks to break away from white society and live on their own. Malcolm X also believed in the right of Blacks to defend themselves against police brutality. He gave the following speech at a civil rights conference in Detroit.

Malcolm X, Message to the Grassroots, 1963

And what we have foremost in common is that enemy—the white man. He’s an enemy to all of us. I know some of you all think that some of them aren’t enemies. Time will tell . . . First, what is a revolution? Sometimes I’m inclined to believe that many of our people are using this word “revolution” loosely, without taking careful consideration [of ] what this word actually means, and what its historic characteristics are.