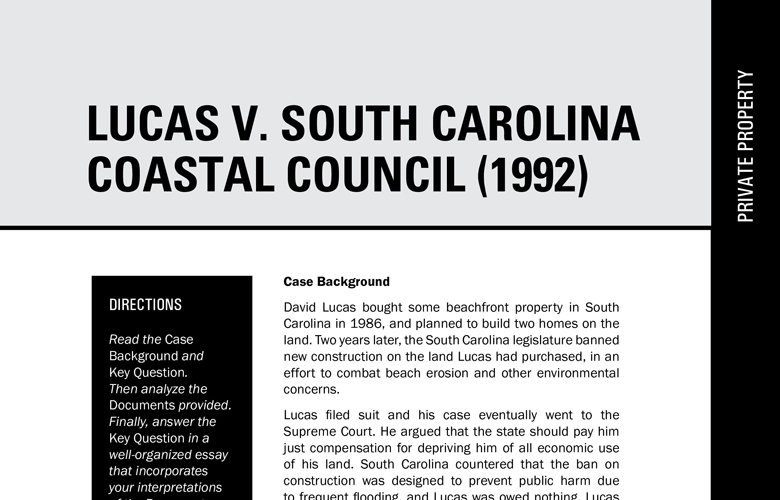 David Lucas bought some beachfront property in South Carolina in 1986, and planned to build two homes on the land. Two years later, the South Carolina legislature banned new construction on the land Lucas had purchased, in an effort to combat beach erosion and other environmental concerns.

Lucas filed suit and his case eventually went to the Supreme Court. He argued that the state should pay him just compensation for depriving him of all economic use of his land. South Carolina countered that the ban on construction was designed to prevent public harm due to frequent flooding, and Lucas was owed nothing. Lucas asked the Supreme Court to rule that, since the South Carolina government had taken his land, he should be compensated for it.

Lucas v. South Carolina Coastal Council (1992) illustrates the concept of a “regulatory taking,” and the principles the Supreme Court applies in such cases. The government had plausible and legitimate reasons for regulating coastlines, which are necessarily a limited and valuable resource in this country. At the same time, the government regulation had potentially severe effects on the rights and expectations of the citizens who owned and purchased private properties along ocean coastlines.