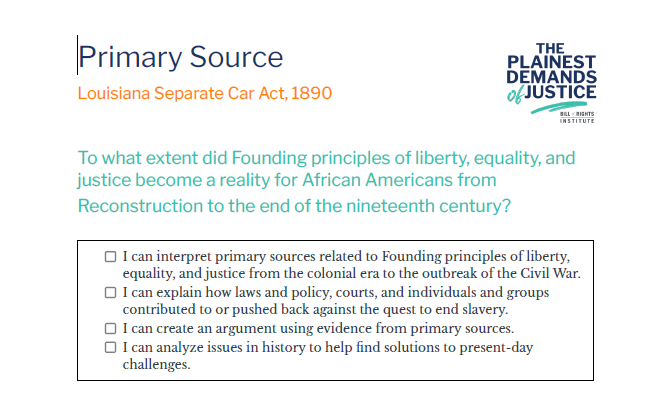 Section 1. Be it enacted by the General Assembly of the State of Louisiana, That all railway companies carrying passengers in their coaches in this State, shall provide equal but separate accommodations for the white and colored races . . . No person or persons shall be permitted to occupy seats in coaches other than the ones assigned to them on account of the race they belong to.