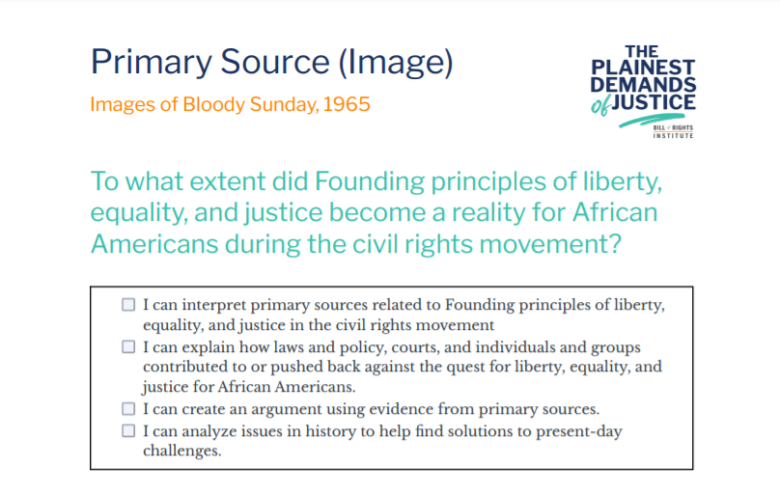 After 3 months of local organization, Southern Christian Leadership Conference (SCLC) leader Hosea Williams and SNCC leader John Lewis jointly led the first attempt at a 54-mile march from Selma to Montgomery, Alabama. On Sunday, March 7, 1965, about 600 people began the walk to demonstrate for African American voting rights and commemorate the death of Jimmie Lee Jackson, shot by a state trooper while trying to protect his mother at a recent civil rights demonstration. As the marchers attempted to cross the Edmund Pettus Bridge over the Alabama River, state troopers, local police, and deputized locals attacked them using tear gas and clubs. The press captured the violence of this “Bloody Sunday,” and audiences across the nation were shocked at what they saw on their televisions. Despite the violence, the protesters went on to continue the march and reached Montgomery on March 25, 1965. 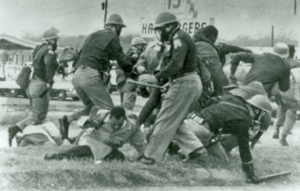 Alabama state troopers attack peaceful protesters, including SNCC leader John Lewis (on the ground left of center in a light coat) on March 7, 1965. 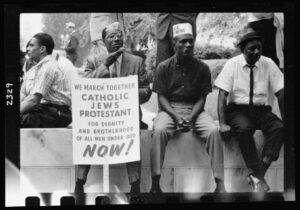 Protestors rest on a wall along the way from Selma to Montgomery, Alabama. The sign reads: “We march together, Catholics, Jews, Protestant, for dignity and brotherhood of all men under God, Now!” 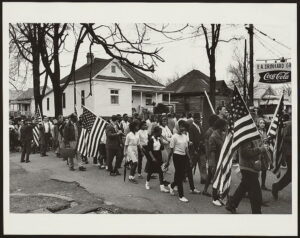