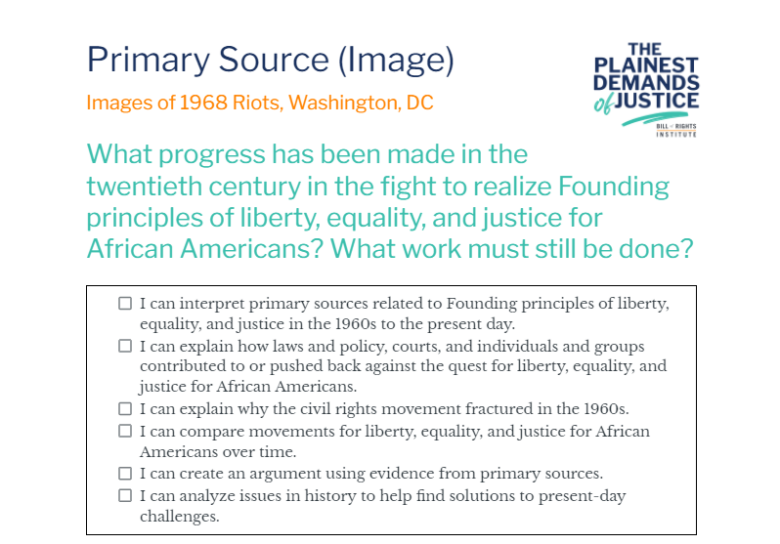 In the mid-1960s, race riots erupted in several cities to protest police brutality and express frustration with unequal living conditions. On April 4, 1968, Dr. Martin Luther King, Jr., was assassinated in Memphis, Tennessee. As the news broke, riots erupted across several cities in the United States. The most damaging took place in Baltimore, Chicago, and Washington, DC. Widespread looting and violence wracked Washington from April 4–8. The District’s police force was overwhelmed by crowds, and President Lyndon B. Johnson ordered the National Guard to assist them. The riots devastated Washington’s urban economy and accelerated white flight out of the city. Crime in the devastated neighborhoods increased, and many blocks in Washington, DC, took decades to recover. 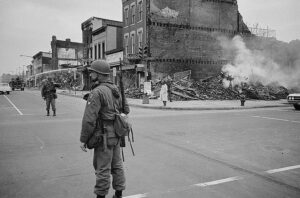 ​​A soldier stands at the intersection of 7th and N Streets, with smoking ruins in the background.
(Credit: Library of Congress) 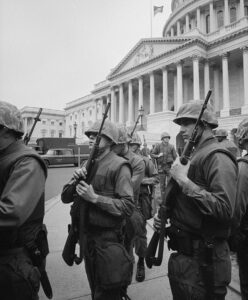 Troops stand guard in front of the U.S. Capitol.
(Credit: Library of Congress) 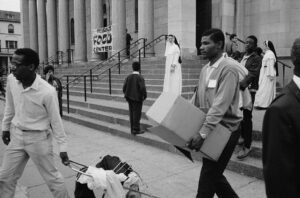 ​After the riots, food is distributed to the community at a local church.
(Credit: Library of Congress) 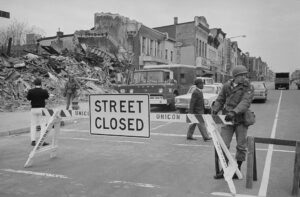 Riot damage was extensive in the area of 7th to 14th Streets NW.
(Credit: Library of Congress)