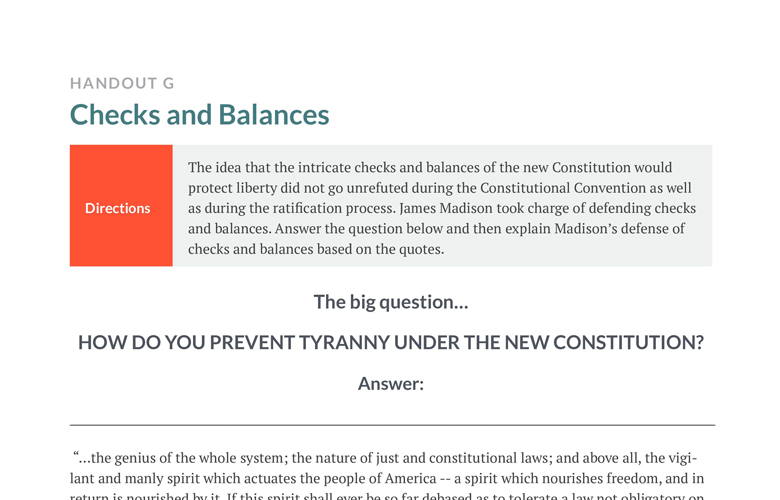 HOW DO YOU PREVENT TYRANNY UNDER THE NEW CONSTITUTION?

“…the genius of the whole system; the nature of just and constitutional laws; and above all, the vigilant and manly spirit which actuates the people of America — a spirit which nourishes freedom, and in return is nourished by it. If this spirit shall ever be so far debased as to tolerate a law not obligatory on the legislature, as well as on the people, the people will be prepared to tolerate any thing but liberty.” (James Madison, Federalist No. 57, 1788)

“The great security against a gradual concentration of the several powers in the same [branch], consists in giving to those who administer each [branch], the necessary constitutional means, and personal motives, to resist encroachments of the others…Ambition must be made to counteract ambition. The interest of the man must be connected with the constitutional rights of the place” (James Madison, Federalist No. 51, 1788).

In the space below explain Madison’s defense of checks and balances.