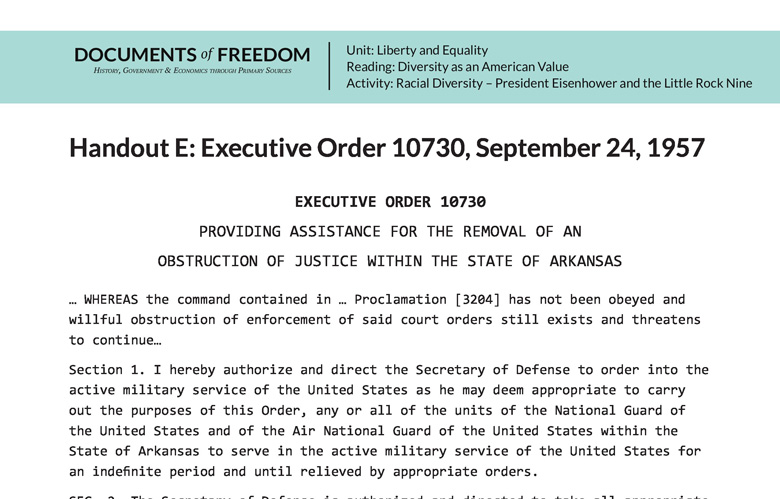 SEC. 2. The Secretary of Defense is authorized and directed to take all appropriate steps to enforce any orders of the United States District Court for the Eastern District of Arkansas for the removal of obstruction of justice in the State of Arkansas with respect to matters relating to enrollment and attendance at public schools in the Little Rock School District, Little Rock, Arkansas…