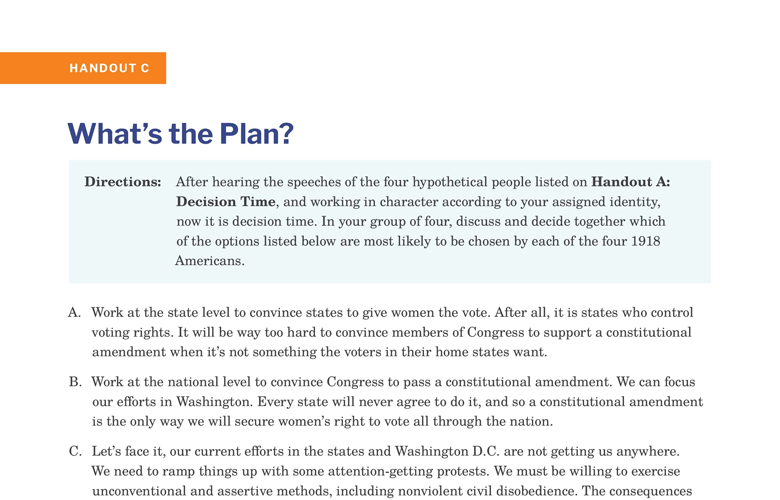 After hearing the speeches of the four hypothetical people listed on Handout A: Decision Time, and working in character according to your assigned identity, now it is decision time. In your group of four, discuss and decide together which of the options listed below are most likely to be chosen by each of the four 1918 Americans.