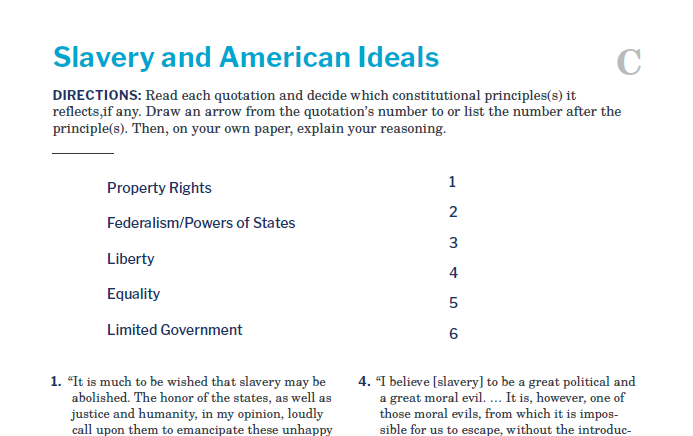 Directions: Read each quotation and decide which constitutional principles(s) it reflects, if any. Draw an arrow from the quotation’s number to or list the number after the principle(s). Then, on your own paper, explain your reasoning.