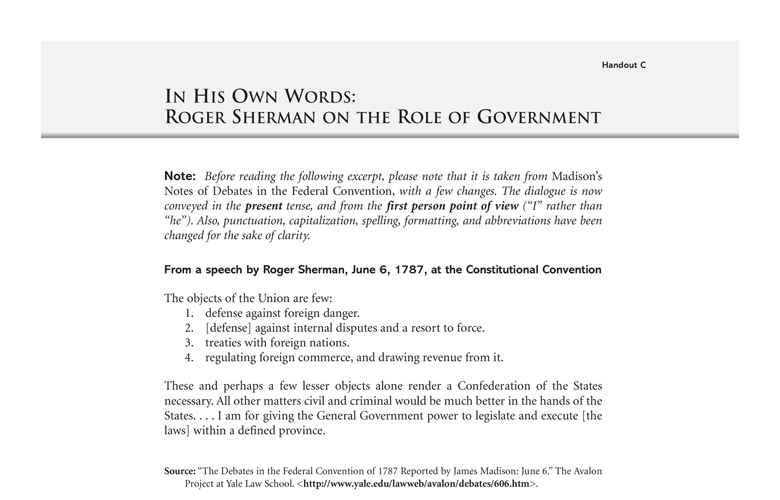 IN HIS OWN WORDS: ROGER SHERMAN ON THE ROLE OF GOVERNMENT

Note: Before reading the following excerpt, please note that it is taken from Madison’s Notes of Debates in the Federal Convention, with a few changes. The dialogue is now conveyed in the present tense, and from the first person point of view (“I” rather than “he”). Also, punctuation, capitalization, spelling, formatting, and abbreviations have been changed for the sake of clarity

From a speech by Roger Sherman, June 6, 1787, at the Constitutional Convention

The objects of the Union are few:

These and perhaps a few lesser objects alone render a Confederation of the States necessary. All other matters civil and criminal would be much better in the hands of the States….I am for giving the General Government power to legislate and execute [the laws] within a defined province

Source: “The Debates in the Federal Convention of 1787 Reported by James Madison: June 6.” The Avalon Project at Yale Law School. <https://avalon.law.yale.edu/default.asp>.