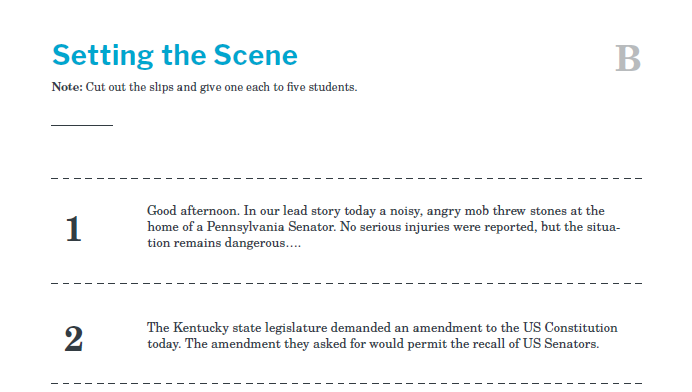 Note: Cut the slips and give one each to five students