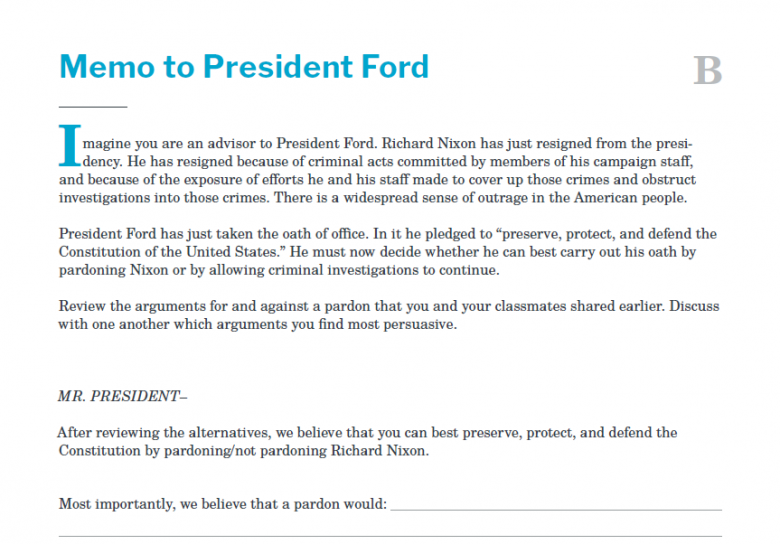 Imagine you are an advisor to President Ford. Richard Nixon has just resigned from the presidency. He has resigned because of criminal acts committed by members of his campaign staff, and because of the exposure of efforts he and his staff made to cover up those crimes and obstruct investigations into those crimes. There is a widespread sense of outrage in the American people.

President Ford has just taken the oath of office. In it he pledged to “preserve, protect, and defend the Constitution of the United States.” He must now decide whether he can best carry out his oath by pardoning Nixon or by allowing criminal investigations to continue.

Review the arguments for and against a pardon that you and your classmates shared earlier. Discuss with one another which arguments you find most persuasive.

After reviewing the alternatives, we believe that you can best preserve, protect, and defend the Constitution by pardoning/not pardoning Richard Nixon.

Most importantly, we believe that a pardon would:

Second, we believe that a pardon would:

Finally, we believe that a pardon would: