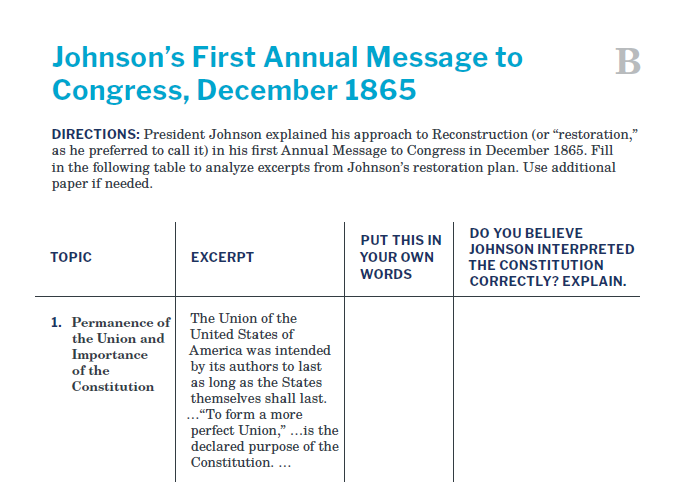 Directions: President Johnson explained his approach to Reconstruction (or “restoration,” as he preferred to call it) in his first Annual Message to Congress in December 1865. Fill in the following table to analyze excerpts from Johnson’s restoration plan. Use additional paper if needed.