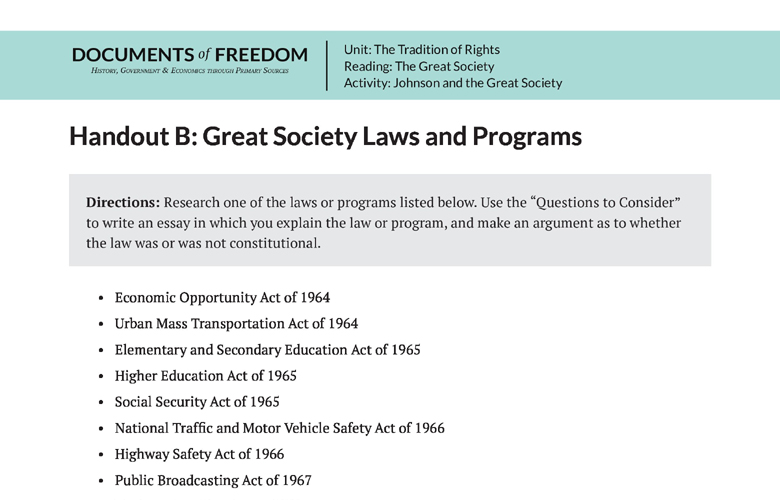 Directions: Research one of the laws or programs listed below. Use the “Questions to Consider” to write an essay in which you explain the law or program, and make an argument as to whether the law was or was not constitutional.