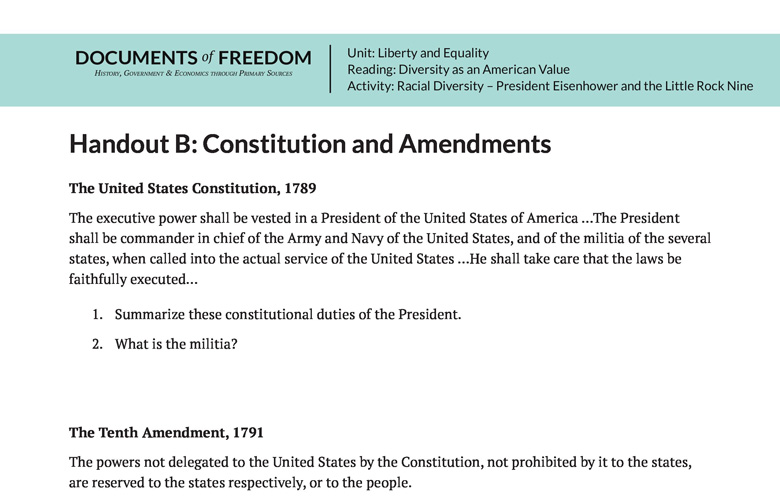 Handout B: Constitution and Amendments

The powers not delegated to the United States by the Constitution, not prohibited by it to the states, are reserved to the states respectively, or to the people.

No state shall… deny to any person within its jurisdiction the equal protection of the laws.