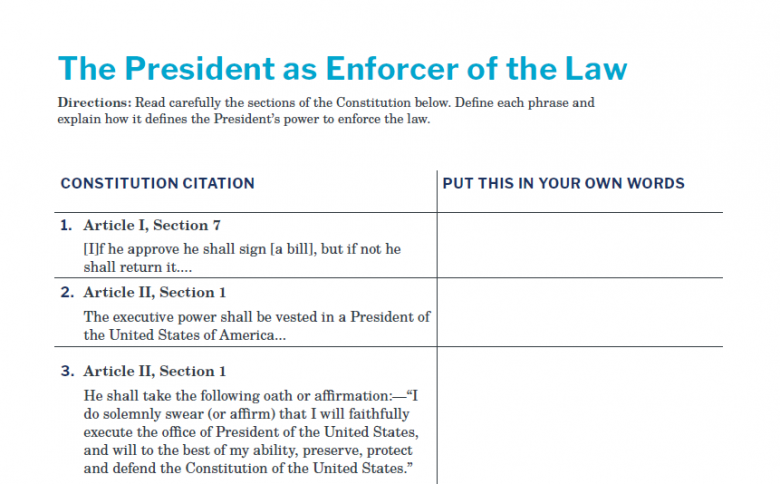 The President as Enforcer of the Law

Directions: Read carefully the sections of the Constitution below. Define each phrase and explain how it defines the President’s power to enforce the law.