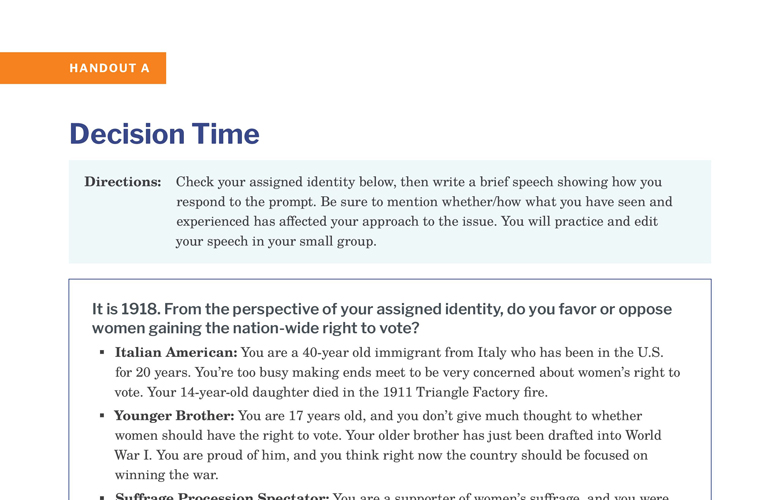 Check your assigned identity below, then write a brief speech showing how you respond to the prompt. Be sure to mention whether/how what you have seen and experienced has affected your approach to the issue. You will practice and edit your speech in your small group.

It is 1918. From the perspective of your assigned identity, do you favor or oppose women gaining the nation-wide right to vote?