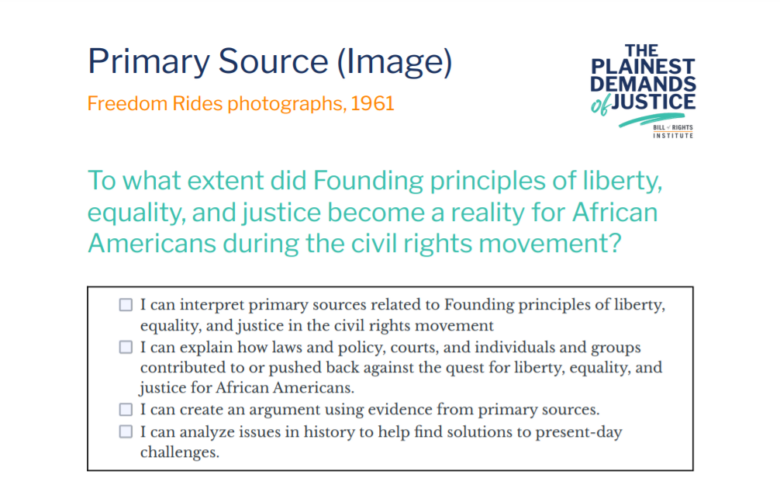 Students played a prominent role in the civil rights movement. The Student Nonviolent Coordinating Committee (SNCC) was formed in 1960 as a way to bring more grassroots student efforts into the larger struggle for civil rights for African Americans. Early leaders include John Lewis, Diane Nash, and Marion Barry. Ella Baker, a colleague of Dr. Martin Luther King, Jr., was a key strategist and mentor for SNCC. Baker strongly believed that social change was best achieved through local action from rank and file members, rather than through influential leaders. 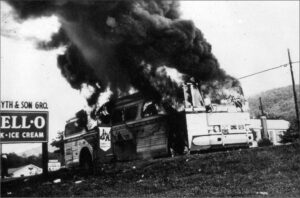 A Greyhound bus carrying Freedom Riders was firebombed by an angry mob while in Anniston, Alabama, in 1961. Forced to evacuate, the passengers were then assaulted. (Credit: “Freedom Riders Bus Attack” by Federal Bureau of Investigation) 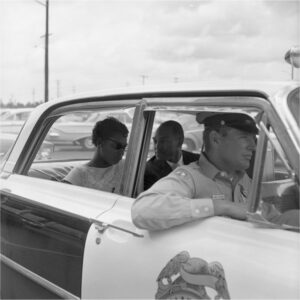 Freedom Riders Priscilla Stephens from CORE and Reverend Petty D. McKinney are shown after their arrest by the police in Tallahassee, Florida, in June 1961.