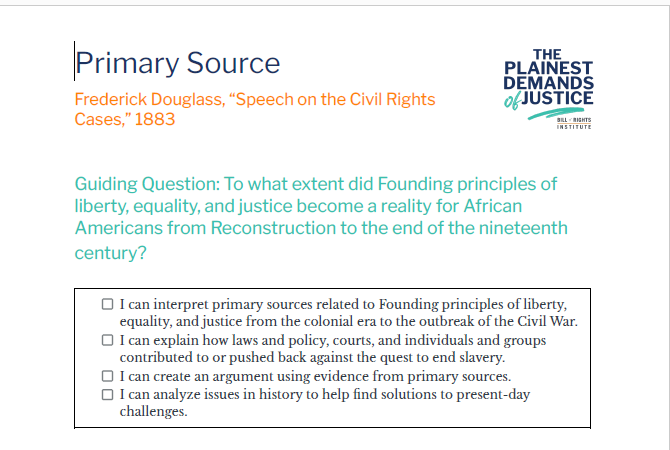 Frederick Douglass was a severe critic of the decisions in the Civil Rights Cases and agreed with the court’s sole dissenter, Justice John Marshall Harlan, that the Equal Protection Clause of the Fourteenth Amendment was intended to protect Black civil rights and the principle of equality. Douglass further connected the Fourteenth Amendment to the Declaration of Independence, the Constitution, and Founding principles.

We have been, as a class, grievously wounded . . . This decision of the Supreme Court admits that the Fourteenth Amendment is a prohibition on the States. It admits that a State shall not abridge the privileges or immunities of citizens of the United States, but commits the seeming absurdity of allowing the people of a State to do what it prohibits the State itself from doing. . . .

What does it matter to a colored citizen that a State may not insult and outrage him, if a citizen of a State may? The effect upon him is the same . . .

Its [Civil Rights Bill] voice was against popular prejudice and meanness. It appealed to all the noble and patriotic instincts of the American people. It told the American people that they were all equal before the law; that they belonged to a common country and were equal citizens. . . .

If it is a Bill for social equality, so is the Declaration of Independence, which declares that all men have equal rights; so is the Sermon on the Mount, so is the Golden Rule, that commands us to do to others as we would that others should do to us. so is the Constitution of the United States, and so are the laws and customs of every civilized country in the world; for no where, outside of the United States is any man denied civil rights on account of his color. 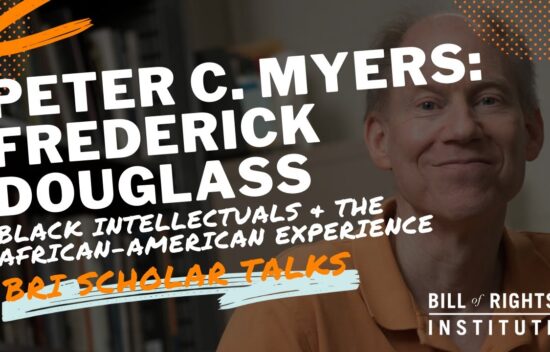 Explore more Black voices from across U.S. History with our primary source based curriculum: The Plainest Demands of Justice: Documents for Dialogue on the African American Experience. Learn more at https://billofrightsinstitute.org/mkt-the-plainest-demands-of-justice. How did Frederick Douglass contribute to our understanding of the Black experience in America? In the second episode of our series, “Black Intellectuals and the African-American Experience,” BRI Senior Teaching Fellow Tony Williams sits down with Peter C. Myers, professor of political science at the University of Wisconsin-Eau Claire, to explore the life and legacy of abolitionist Frederick Douglass. How did Douglass view American Founding documents? What were the most important challenges in the struggle for Black equality and justice according to Douglass? 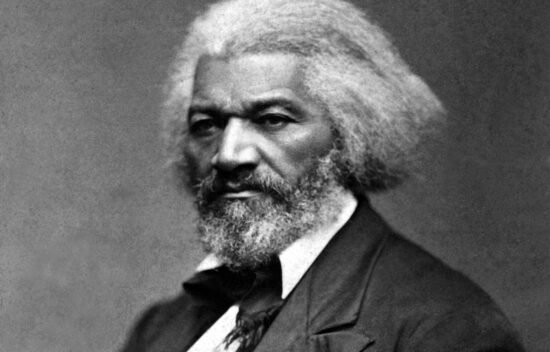 The Responsibilities of Frederick Douglass

This lesson is an in-depth look at responsibility through the life of Frederick Douglass. Responsibility is defined as striving to know and to do what is best rather than what is most popular. A responsible person is trustworthy for making decisions in the best long-term interests of people and the best outcomes for the work to be done.