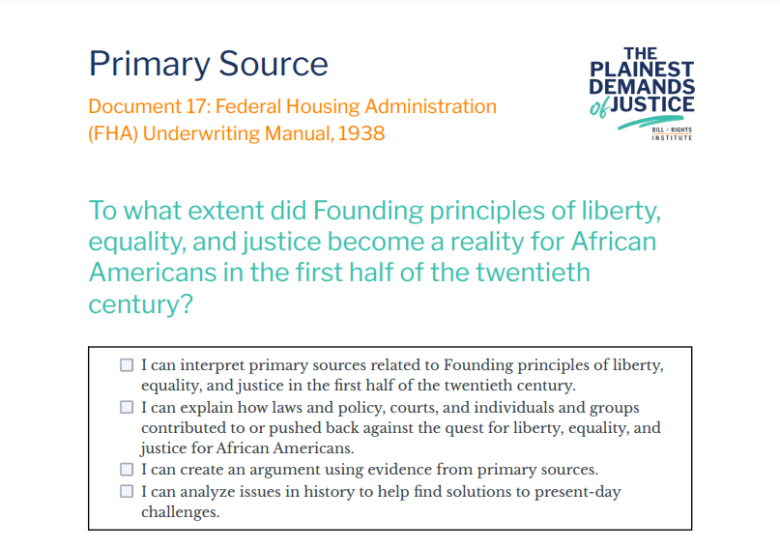 Racial restrictive covenants supported the continuing division of neighborhoods along race lines. Such discriminatory real estate practices left many African Americans concentrated in densely packed segregated neighborhoods. In the 1930s, the Home Owners’ Loan Corporation (HOLC) was charged with stabilizing housing markets in the midst of the Great Depression. In response, it produced maps that helped banks identify areas that were good for investments. A “bad investment” was essentially equated with any non-white neighborhood.

Red-lining—the practice of not lending to people in certain areas based on the characteristics of their neighborhoods—became associated with neighborhoods’ racial composition. The Federal Housing Administration (FHA) was created in 1934 to help middle-class families purchase homes. The FHA did this by insuring mortgages, but it first appraised a property to make sure that the mortgage loan it was making would not be defaulted. The FHA hired its own appraisers to do this work under the guidance of its Underwriting Manual.

Areas surrounding a location are investigated to determine whether incompatible racial and social groups are present, for the purpose of making a prediction regarding the probability of the location being invaded by such groups. If a neighborhood is to retain stability, it is necessary that properties shall continue to be occupied by the same social and racial classes. A change in social or racial occupancy generally contributes to instability and a decline in values.