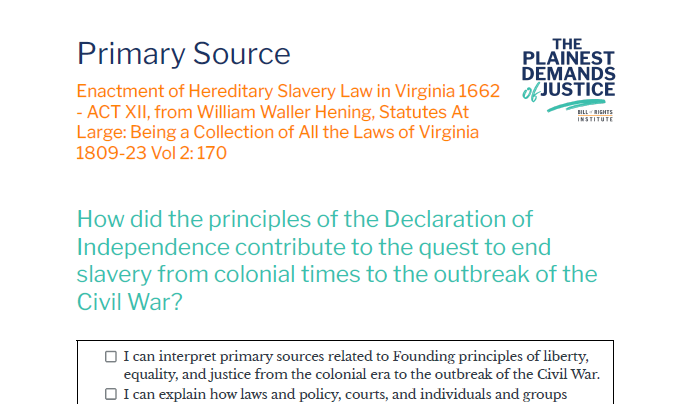 With better economic conditions in England in the mid-seventeenth century, the number of people coming to the North American colonies as indentured servants greatly diminished. Large and small planters alike instead invested in African slaves as a source of labor. Slavery was codified or formally written into law, and the number of enslaved persons in Virginia increased from 300 in 1650 to 13,000 in 1700. Other southern colonies likewise codified slavery over time, as shown in the second document from South Carolina in 1740. In this way, chattel slavery as it is called today evolved gradually, beginning with customs before being written into law.

Be it therefore enacted and declared by this present grand assembly, that all children borne in this country shall be held bond (in slavery) or free only according to the condition of the mother, And that if any Christian shall commit fornication with a negro man or woman, he or she so offending shall pay double the fines imposed by the former act.