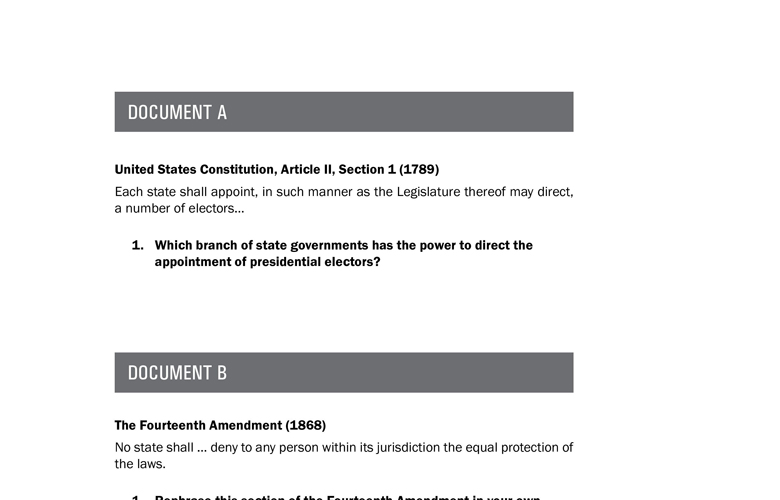 Each state shall appoint, in such manner as the Legislature thereof may direct, a number of electors…

…No vote shall be declared invalid or void if there is a clear indication of the intent of the voter as determined by the canvassing board.

The circuit judge to whom the contest is presented may fashion such orders as he or she deems necessary to ensure that each allegation in the complaint is investigated, examined, or checked, to prevent or correct any alleged wrong, and to provide any relief appropriate under such circumstances.

Florida Statutes Title IX, Chapter 102: Deadline for submission of county returns to the Department of State (2000)

If the county returns are not received by the Department of State by 5 p.m. of the seventh day following an election, all missing counties shall be ignored…

Returns must be filed by 5 p.m. on the 7th day following the…general election… If the returns are not received by the department by the time specified, such returns may be ignored…

Because the right to vote is the pre-eminent right in the Declaration of Rights of the Florida Constitution, the circumstances under which the Secretary of State may exercise her authority to ignore a county’s returns filed after the initial statutory deadline are limited….

We must invoke the equitable powers of this Court to fashion a remedy that will allow a fair and expeditious resolution … Accordingly, … amended [vote] certifications must be filed … by 5pm on Sunday, November 26, 2000 and the Secretary of State … shall accept any such amended certifications…

The need for accuracy must be weighed against the need for finality…. we must do everything required by law to make sure that the legal votes that have not been counted are included in the final election results….

Only by examining the contested ballots, which are evidence in the election contest, can a meaningful and final determination … be made.

Claims have been made that … because this is a statewide election, statewide remedies would be called for. …We agree….

In tabulating the ballots and in making a determination of what is a “legal” vote, the standard to be employed is that established by the Legislature in our Election Code which is that the vote shall be counted as a “legal” vote if there is “clear indication of the intent of the voter.” 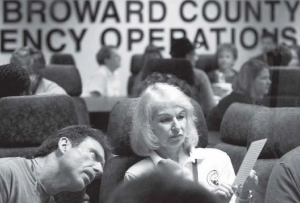 Mr. Olson (representing Bush): The Florida Supreme Court…changed statutory deadlines, severely limited the discretion of the state’s chief election officer, changed the meaning of words such as “shall” and “may” into “shall not” and “may not,” and authorized extensive, standardless, and unequal manual ballot recounts…

Mr. Boies (representing Gore): The standard is whether or not the intent of the voter is reflected by the ballot. That is the uniform standard throughout the state of Florida. …Some states have made specific criteria their law. Other states, ten or eleven of them … have stuck with this very general standard.

Equal protection applies … to the manner of [the right to vote]. Having once granted the right to vote on equal terms, the State may not, by later arbitrary and disparate treatment, value one person’s vote over that of another.

Much of the controversy seems to revolve around ballot cards designed to be perforated by a stylus but which, either through error or deliberate omission, have not been perforated with sufficient precision for a machine to count them. In some cases a piece of the card–a chad–is hanging, say by two corners. In other cases there is no separation at all, just an indentation.

The Florida Supreme Court has ordered that the intent of the voter be discerned from such ballots…. Florida’s basic command for the count of legally cast votes is to consider the “intent of the voter.” This is unobjectionable as an abstract proposition and a starting principle. The problem [is] in the absence of specific standards to ensure its equal application….

The standards for accepting or rejecting contested ballots might vary not only from county to county but indeed within a single county from one recount team to another.

When a court orders a statewide remedy, there must be at least some assurance that the rudimentary requirements of equal treatment and fundamental fairness are satisfied….

[Federal law says that] any controversy or contest that is designed to lead to a conclusive selection of electors [must] be completed by December 12. That date is upon us, and there is no recount procedure in place under the State Supreme Court’s order that comports with minimal constitutional standards. Because it is evident that any recount seeking to meet the December 12 date will be unconstitutional for the reasons we have discussed, we reverse the judgment of the Supreme Court of Florida ordering a recount to proceed….

The Constitution assigns to the States the primary responsibility for determining the manner of selecting the Presidential electors. When questions arise about the meaning of state laws, including election laws, it is our settled practice to accept the opinions of the highest courts of the States as providing the final answers….

Although we may never know with complete certainty the identity of the winner of this year’s Presidential election, the identity of the loser is perfectly clear. It is the Nation’s confidence in the judge as an impartial guardian of the rule of law.

By halting the manual recount, and thus ensuring that the uncounted legal votes will not be counted under any standard, this Court crafts a remedy out of proportion to the asserted harm. And that remedy harms the very fairness interests the Court is attempting to protect. The manual recount would itself redress a problem of unequal treatment of ballots. 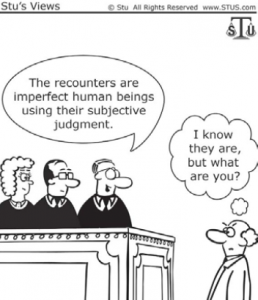