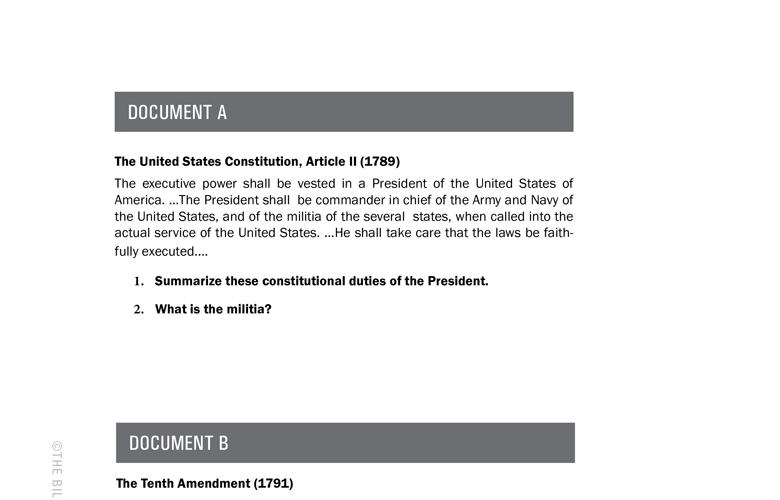 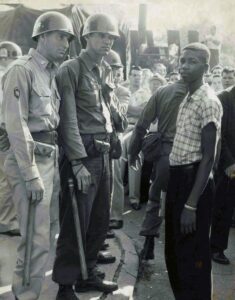 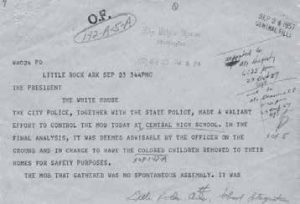 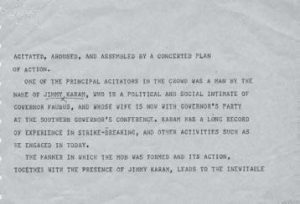 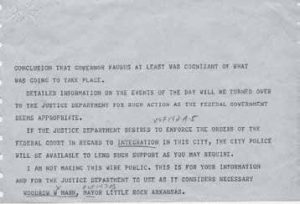 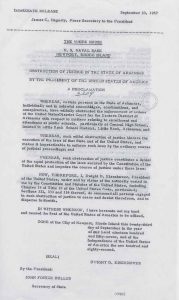 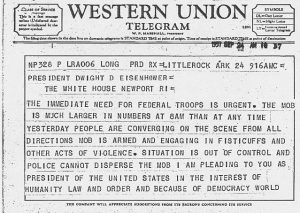 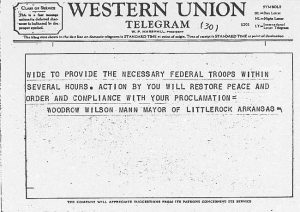 … WHEREAS the command contained in … Proclamation [3204] has not been obeyed and willful obstruction of enforcement of said court orders still exists and threatens to continue.…

SEC. 2. The Secretary of Defense is authorized and directed to take all appropriate steps to enforce any orders of the United States District Court for the Eastern District of Arkansas for the removal of obstruction of justice in the State of
Arkansas with respect to matters relating to enrollment and attendance at public schools in the Little Rock School District, Little Rock, Arkansas…. 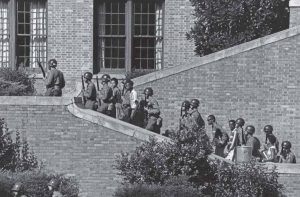 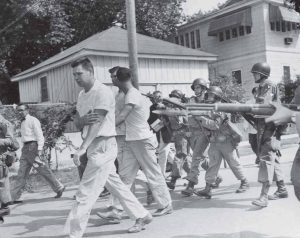 Eisenhower’s Address to the Nation, September 24, 1957

Our personal opinions about the [Brown v. Board of Education] decision have no bearing on the matter of enforcement. …During the past several years, many communities in our Southern States have instituted [integration] plans. They thus demonstrated to the world that we are a nation in which laws, not men, are supreme. I regret to say that this truth—the cornerstone of our liberties—was not observed [at Central High School in Little Rock]….

The very basis of our individual rights and freedoms rests upon the certainty that the President and the Executive Branch of Government will support and insure the carrying out of the decisions of the Federal Courts, even, when necessary with all the means at the President’s command. Unless the President did so, anarchy would result. There would be no security for any except that which each one of us could provide for himself. …Mob rule cannot be allowed to override the decisions of our courts.

The running of our school system and the maintenance of peace and order in each of our States are strictly local affairs and the Federal Government does not interfere except in a very few special cases and when requested by one of the several States. In the present case the troops are there, pursuant to law, solely for the purpose of preventing interference with the orders of the Court. The proper use of the powers of the Executive Branch to enforce the orders of a Federal Court is limited to extraordinary and compelling circumstances. Manifestly, such an extreme situation has been created in Little Rock….