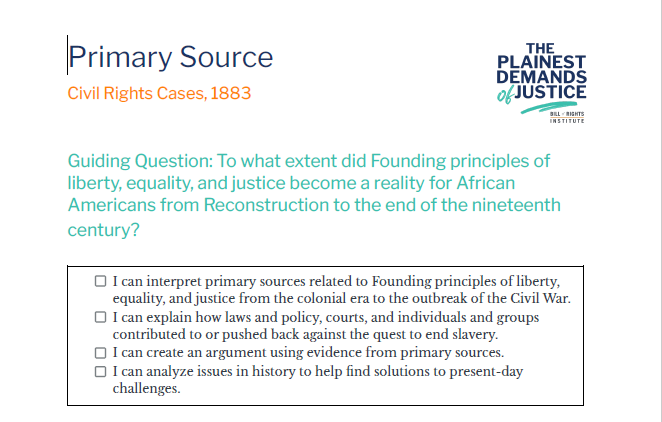 . . . It is proper to state that civil rights, such as are guaranteed by the Constitution against State aggression, cannot be impaired [violated] by the wrongful acts of individuals, unsupported by State authority. The wrongful act
of an individual, unsupported by any such authority, is simply a private wrong, or a crime of that individual. Hence, in all those cases where the Constitution seeks to protect the rights of the citizen against discriminative and unjust laws of the State, it is not individual offences, but abrogation [ignoring or treating as if it didn’t exist] and denial of rights, which it denounces and for which it clothes the Congress with power to provide a remedy. . . .