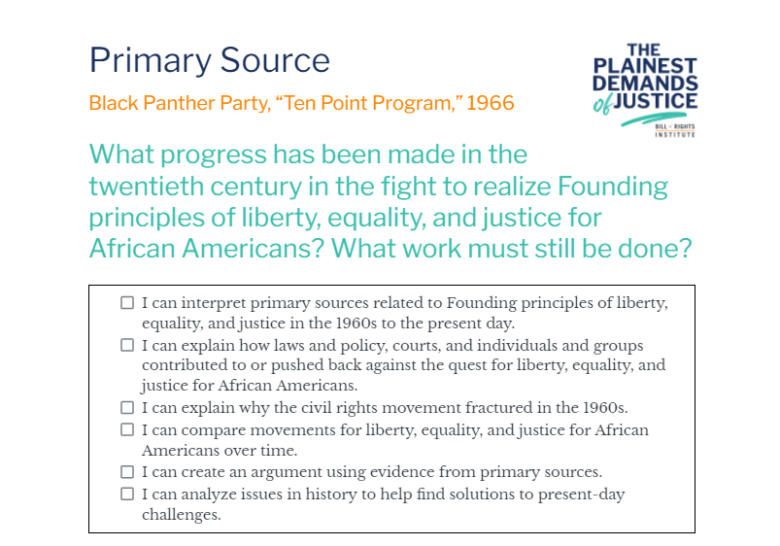 The Black Panther Party (BPP) was formed in 1966 by students Bobby Seale and Huey Newton. It was originally created to monitor the activities of the Oakland Police Department, but it quickly grew into a national organization focused on armed Black self-defense against police brutality and community social programs to provide food, education, and medical care to Blacks. The Black Panthers adopted a militant ideology that fused Marxism with Black nationalism. Seale and Newton drafted the following mission statement in 1966.