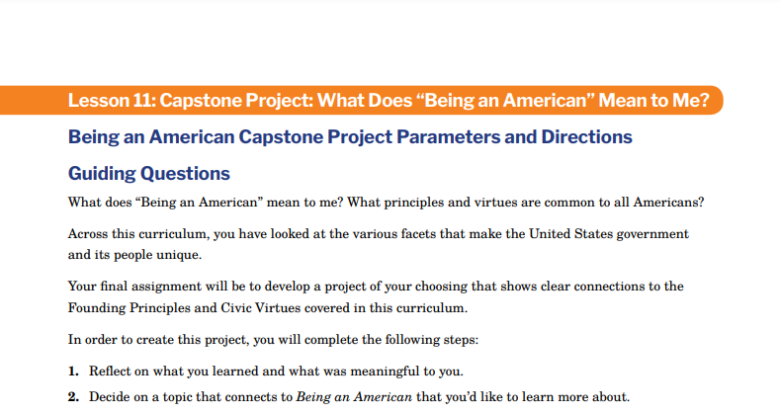 Guiding Questions: What does “Being an American” mean to me? What principles and virtues are common to all Americans?

Across this curriculum, you have looked at the various facets that make the United States government and its people unique.

Your final assignment will be to develop a project of your choosing that shows clear connections to the Founding Principles and Civic Virtues covered in this curriculum.

In order to create this project, you will complete the following steps:

This project is due on:

My group members are:

1. Reflect on what you learned and what was meaningful to you.

Look at your answers to the “Virtue and/or Principle I connected to or want to explore more” column in Appendix B: Being an American Unit Graphic Organizer to help you think about what was most interesting to you in the curriculum. Then, write down your answers to these questions:

2. Decide on a topic that connects to Being an American that you’d like to learn more about.

If you are most interested in learning about a person, why is this person interesting to you? Learn more about this person and what they did in their lifetime that makes them memorable and noteworthy. What lessons does this individual provide Americans about how to live their lives today?

If you are most interested in learning about a time period, why do you think this time period is so important to study as an American?

Option: Learn about another period in U.S. history that you think should be studied by all Americans. Why is this time period so important for Americans to understand?

Option: Compare the American system of government with the government of another country. What is life like for people living in this country compared with your life in the United States?

If you are most interested in learning about a Founding Principle or Civic Virtue, why is this principle or virtue so important?

Option: Research a person whose life serves as a model example of a principle or virtue.

If you are most interested in learning about Supreme Court cases, what are some important cases the Supreme Court has considered, both past and present?

Option: Learn about a Supreme Court case that examines an important issue, such as freedom of speech, privacy, rights of the accused, or religious liberty.

Brainstorm possible ideas for your project in the space below:

My topic will be:

My product will be:

I will have the following days in class to work on this project: 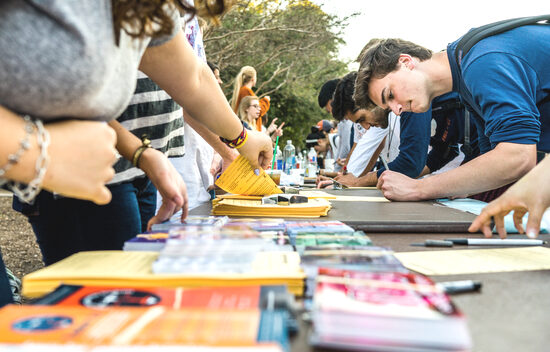 Capstone Project: What Does “Being an American” Mean to Me?

This project provides students with an opportunity to apply and showcase what they have learned throughout their study of the Being an American curriculum. Students will identify a topic related to the curriculum that they wish to learn more about, research that topic, and then develop a product to share with the class on an assigned date. 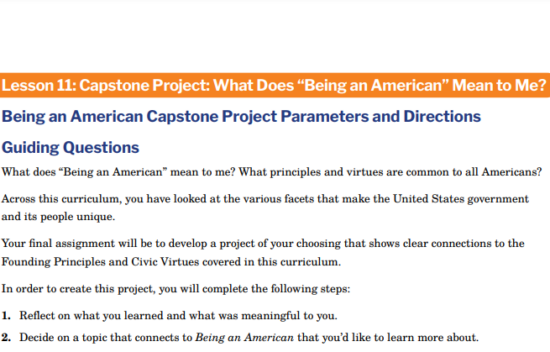 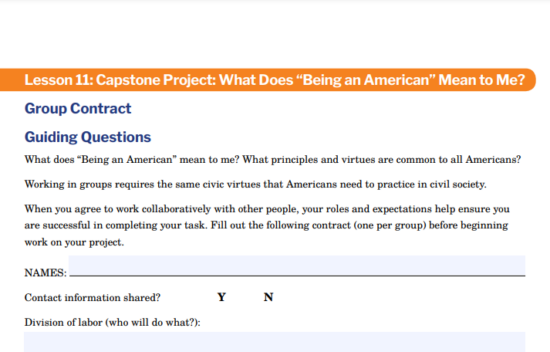 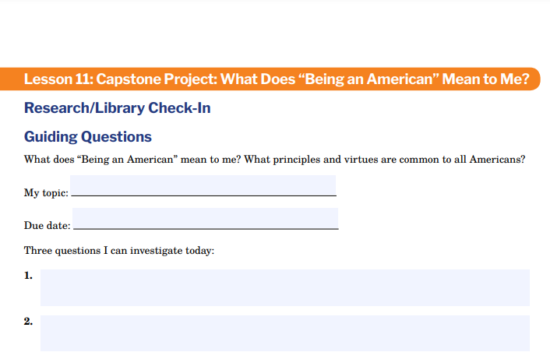 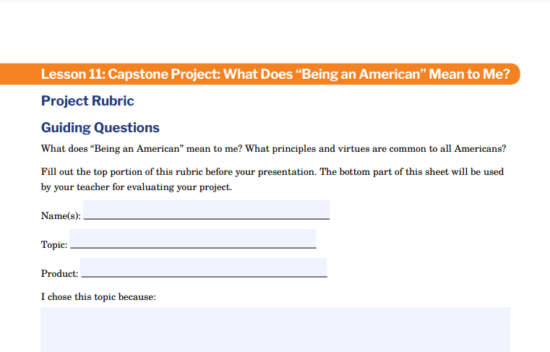