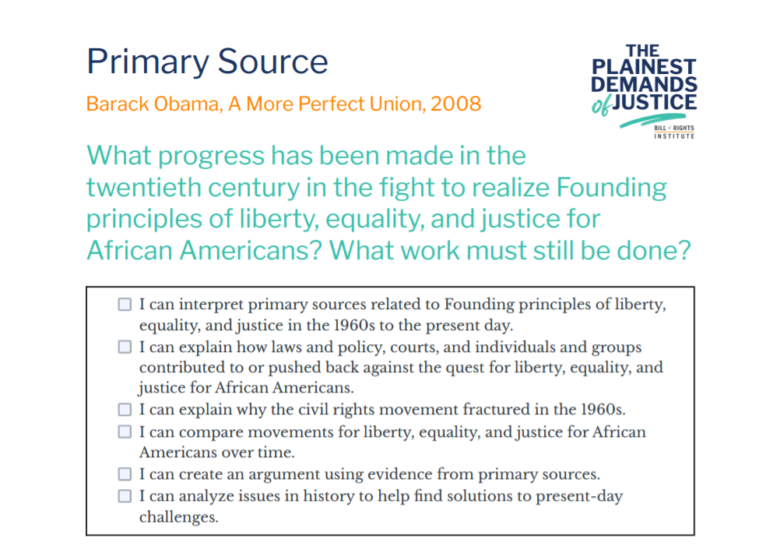 . . . I have asserted a firm conviction—a conviction rooted in my faith in God and my faith in the American people—that, working together, we can move beyond some of our old racial wounds, and that in fact we have no choice if we are to continue on the path of a more perfect union.

For the African-American community, that path means embracing the burdens of our past without becoming victims of our past. It means continuing to insist on a full measure of justice in every aspect of American life. But it also means binding our particular grievances—for better health care and better schools and better jobs—to the larger aspirations of all Americans: the white woman struggling to break the glass ceiling, the white man who has been laid off, the immigrant trying to feed his family. And it means taking full responsibility for our own lives—by demanding more from our fathers, and spending more time with our children, and reading to them, and teaching them that while they may face challenges and discrimination in their own lives, they must never succumb to despair or cynicism; they must always believe that they can write their own destiny.

I would not be running for President if I didn’t believe with all my heart that this is what the vast majority of Americans want for this country. This union may never be perfect, but generation after generation has shown that it can always be perfected. And today, whenever I find myself feeling doubtful or cynical about this possibility, what gives me the most hope is the next generation—the young people whose attitudes and beliefs and openness to change have already made history in this election.