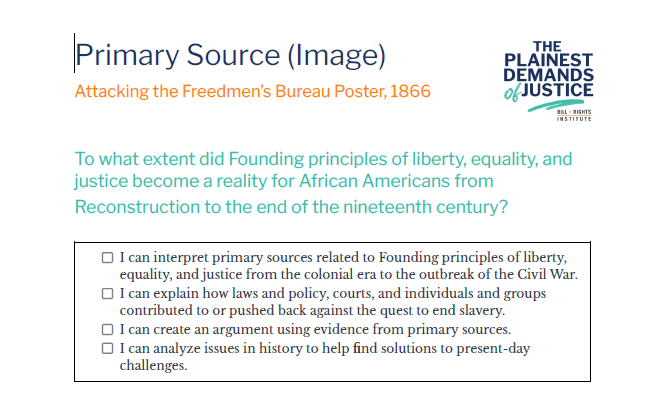 Many individuals also took aim at the Freedmen’s Bureau, attacking its perceived wastefulness and the purpose of its programs. Particular attention was paid to its goals of integrating African Americans into society. The level of hostility is evident in the 1866 political cartoon below. 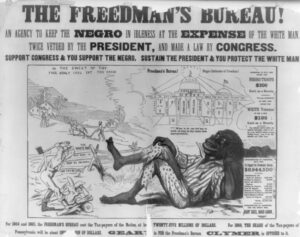 A poster from 1866 attacking the Freedmen’s Bureau