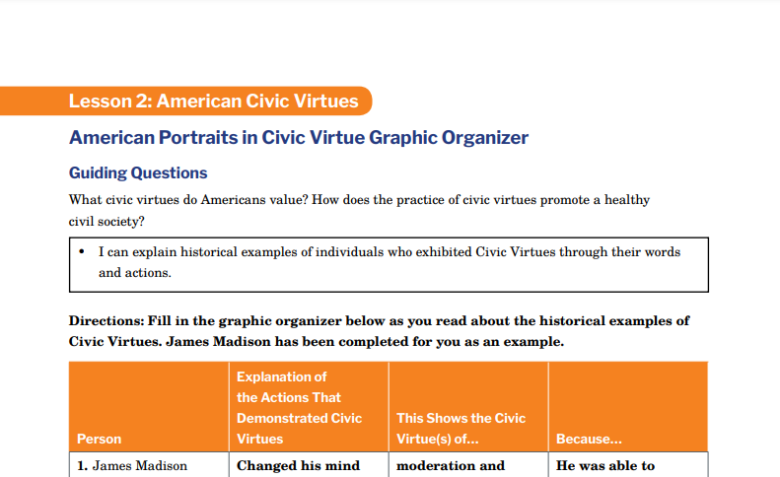 Guiding Questions: What civic virtues do Americans value? How does the practice of civic virtues promote a healthy civil society?

Directions: Fill in the graphic organizer below as you read about the historical examples of Civic Virtues. James Madison has been completed for you as an example.