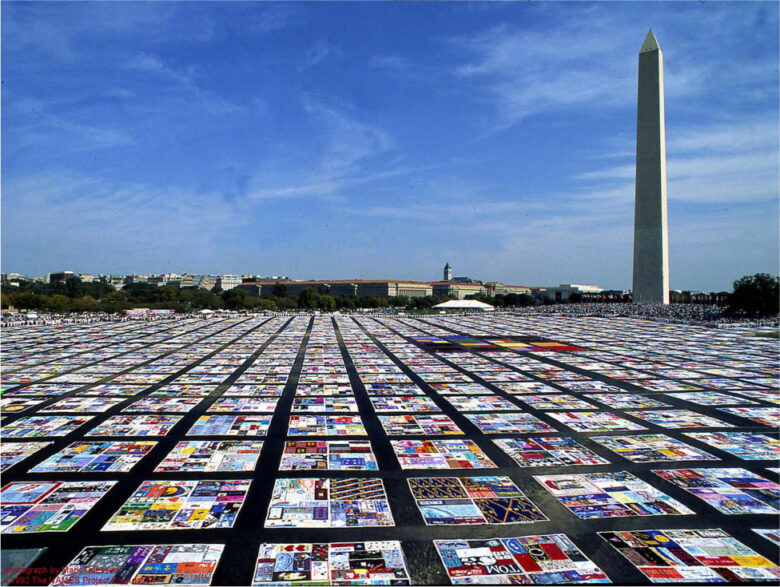 In the early 1980s, a mysterious and deadly illness came to the public’s attention. In 1982, the New York Times published an article about a new immune system disorder that had affected 335 people, killing 136. Little was understood about this disease. Many incorrectly believed the illness was exclusive to gay men. The Reagan administration did little to address the epidemic, and those afflicted suffered not only from illness but also by societal stigma. The AIDS Memorial Quilt was created in 1985 as a memorial for those who had succumbed to the new disease. Each of the memorial panels on the quilt measures 3 by 6 feet, the size of an average grave, and most honor a particular person who died of AIDS. The quilt was displayed for the first time on the National Mall in Washington, DC, during the National March on Washington for Lesbian and Gay Rights in 1987. The quilt returned to Washington in 1988, 1989, 1992, and 1996, each time growing larger. To date, the quilt memorializes more than 94,000 people who have died of the disease.

Figure 2: The AIDS Memorial Quilt is shown on display on the National Mall with the Washington Monument in the background.